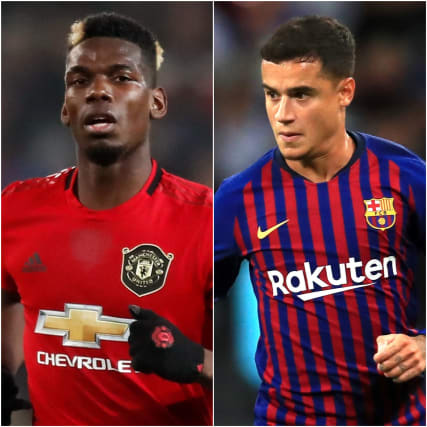 Manchester United have slashed the asking price for Paul Pogba, according to The Sun. The Red Devils had originally placed a £180m price tag on the Frenchman, however both parties are believed to be desperate to move on from one another. So much so, that the club is reportedly willing to offload the 27-year-old for around £100m.

The Metro says Chelsea have opened talks with Barcelona for the services of Philippe Coutinho. The Brazilian is unwanted at Bayern Munich beyond the end of his loan stint and Chelsea are believed to be willing to meet his current loan fee of £15m per season.

Lille defender Gabriel Magalhaes is on Everton’s radar for the summer, the Liverpool Echo reports. The 22-year-old has turned plenty of heads with his stellar performances this season and Carlo Ancelotti is believed to have added the defender to the club’s shortlist of high-priority targets.

Miralem Pjanic: The Juventus midfielder could swap Serie A for the Premier League this year, with Manchester City and Chelsea among the clubs interested, says Italian newspaper Corriere dello Sport.

Gianluigi Donnarumma: Paris St Germain could be a landing spot for the Italy goalkeeper, according to Italian newspaper Gazzetta dello Sport.