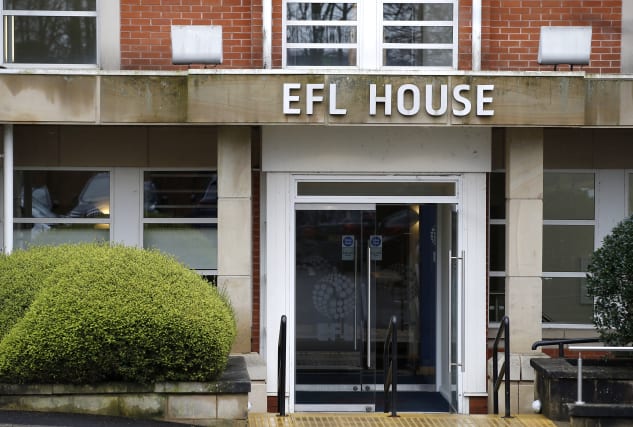 The coronavirus pandemic has demonstrated that staff costs at top football clubs in England are unsustainable, financial analysts Vysyble have said.

The outbreak has led to the suspension of all football in England until April 30 at the earliest.

While the focus has been on clubs in the lower divisions coming under financial pressure as they struggle to cope with the loss of matchday revenue, those in the top two tiers may start to feel the strain soon too, according to the analysts.

It has been reported that part of the emergency £50million funding package released by the EFL was an interest-free loan to each Championship club of £584,000.

Vysyble say that amount added together across 24 clubs (£14.02m) would not even cover a week’s worth of total staff costs in the division – a figure they place at £16.32m.

The picture is equally bleak at Premier League level, where they calculate total staff costs for one week among the 20 clubs to be £68.46m.

It has been reported that top-flight clubs stand to lose £750million in broadcasting revenue if they are unable to complete the 2019-20 season.

“Every business in the land is having to deal with acute financial pressures given the current emergency,” the analysts said.

“However, our data indicates that the 2018-19 season accounts will produce record losses for the Premier League clubs and a continuation of heavy losses for those in the Championship.

“Fifteen of the 26 Premier League and Championship clubs to have released full 2018-19 accounts have staff cost to revenue ratios in excess of UEFA’s safe limit of 70 per cent.

“We do not think that the level of staff-related expenditure is sustainable, not that we ever did, under such circumstances.

“Some very difficult decisions will have to be made in the coming days from the top of the English football pyramid down unless there is an available and comprehensive financial lifeline.”