Willian willing to play out Premier League season with Chelsea 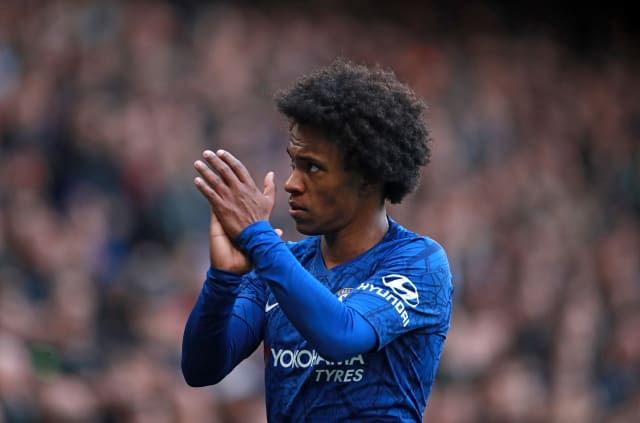 Willian has pledged to play for Chelsea beyond the end of his contract if the Premier League requires a summer finish due to the coronavirus.

The Brazil winger has been locked in discussions over a new deal, previously revealing he was holding out for a three-year extension with Chelsea only offering two-year terms.

Arsenal, Tottenham and Barcelona have all monitored Willian’s situation with his current contract ending this summer.

The Football Association postponing the English professional game until April 30 and pledging to extend the 2019/20 season “indefinitely” raises the prospect of top stars being asked to play on past the expiry of current deals.

And Willian has admitted he would repay Chelsea’s loyalty and complete the season with the Blues, even if the campaign extends past the end of his Stamford Bridge terms on June 30.

“My contract really ends I think in July,” said Willian.

“If I had to play on those dates, in these months, I think it would be no problem for me to end the league in a way which would be loyal to the club, as they always were with me, regardless of a signed paper.”

Willian has been at Chelsea for seven years, playing an integral role in two Premier League titles and also lifting the FA Cup, League Cup and Europa League.

The former Shakhtar Donetsk forward’s deal will expire at the end of the campaign though, just like France striker Olivier Giroud and Spain winger Pedro.

Blues boss Frank Lampard has been at paints to insist he wants to keep Willian in west London beyond the summer.

While William himself may be facing a period of limbo amid coronavirus uncertainty, the 70-cap Brazil star has no doubts about fulfilling moral obligations to his current club.

“It’s clear that this is not a certainty, we don’t know what can happen,” Willian told Brazilian TV station Esporte Interativo.

“But without a doubt, as always, I will always be ready to give the best to my club regardless of my contract situation.”