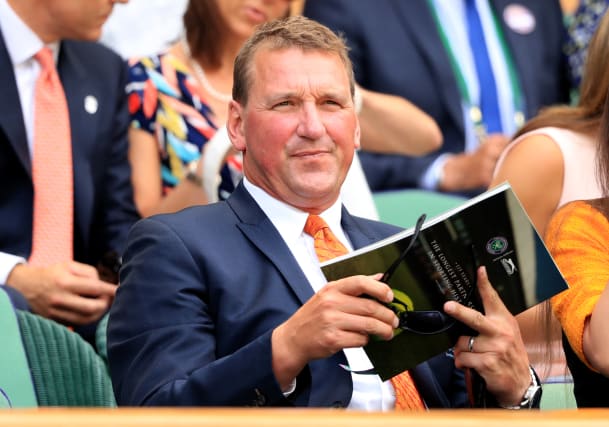 The sporting world has all but ground to a halt due to the coronavirus crisis.

Here, the PA news agency takes a look at some of the reaction on March 19.

“It just runs counter to what every health authority and government is saying around the world. We’ve seen lockdowns across Europe and across Asia at different timescales, but this is coming and the idea that the Olympics are going to carry on regardless I think is folly.” – Sir Matthew Pinsent on the International Olympic Committee’s decision to press on with the Tokyo Games.

“In Spain we have been more aware than people were in England. It hit us earlier but it is still on an upward curve. We know what is coming. I don’t think people in England do. In Spain they were getting another 2,000 cases a week. We felt they were controlling things better in Spain and where we live there is better, so we decided they should go back.” – Birmingham boss Pep Clotet explains why his family has returned to Spain.

“As many have already said, the season cannot be voided as the consequences of that are so severe. We hope that the governing bodies are able to provide some clarity to clubs and supporters as soon as possible on the way forward, although we appreciate that this is a hugely demanding time.” – Celtic chief executive Peter Lawwell seeking a “fair” conclusion to the Scottish Premiership season.

“You almost lose your purpose a little bit, because there’s no direction to what you’re doing at the minute. There is often a lot of talk about players that get injured or are not involved that spend days on end sitting at home and end up getting hooked on gambling or other addictions.” – Wycombe winger David Wheeler fears for the mental health of footballers during the crisis.

“Whichever course of action the SFA and SPFL decide to take, they will have the full support of Livingston FC as it’s during this time of national emergency that we all need to pull together. No outcome is going to suit everyone but as a club, we’ll support whichever option the governing bodies opt for.” – Scottish Premiership club Livingston.

“In my opinion, if things don’t change pretty swiftly, we’ll have to cancel the season. In short, you have to give Liverpool the league and relegate those currently in the bottom three or cancel the season altogether.” – Former Liverpool defender Glen Johnson believes the season may have to be declared void.

“It is going to require government help. The biggest worry is that so many non-league clubs, not just in the National League… they are integral parts of their community, the fabric of their community. It worries me if these clubs are lost, what will happen going forward.” – Dagenham and Redbridge managing director Steve Thompson on the financial implications of coronavirus.

“We have drawn up a battle plan which will allow us to provide practical support to those who need it most and to bring our fans and the community together in our fight against the virus.” – Aberdeen chairman Dave Cormack says the club is ready to help fans and the wider community amid the crisis.