The ‘Isolation Olympics’ – how sports stars passed the time on Thursday 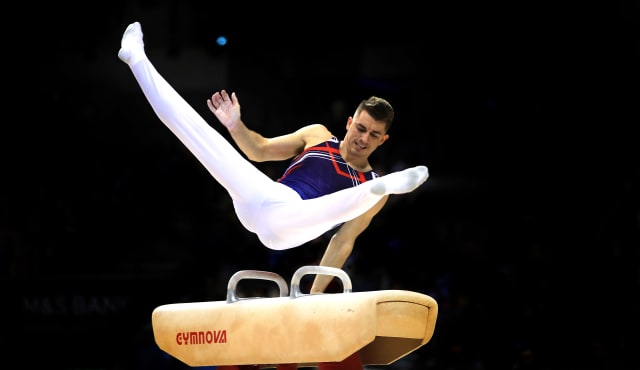 Sporting stars have had to find other ways to keep themselves busy with the coronavirus pandemic having decimated the global fixture calendar.

Here, the PA news agency takes a look at what some of them were doing on Thursday as they attempted to fill their time.

Double Olympic and world champion gymnast Max Whitlock provided workout advice for those confined to home, and had a little help along the way.

Australian tennis star John Millman also had assistance as he worked to maintain his fitness.

Great Britain and England hockey forward Sam Ward was in Olympic action, although not in his own sport.

West Ham and England midfielder Declan Rice took the time to send out a message of support to the club’s fans as they too come to terms with the outbreak.

Manchester City and Scotland’s Caroline Weir demonstrated her deft touch but could not find the finish to match it.

Chelsea starlet Billy Gilmour, however, did just that.

Staff from Nottingham Forest took the opportunity to help out in the community.

…while their players took on the stay at home challenge.

Malaysian golfer Gavin Green kept his hand in with some chipping practice.

And Durham cricketers Liam Trevaskis and Gareth Harte kept in the swing of things, although it was a good job they were using a tennis ball.