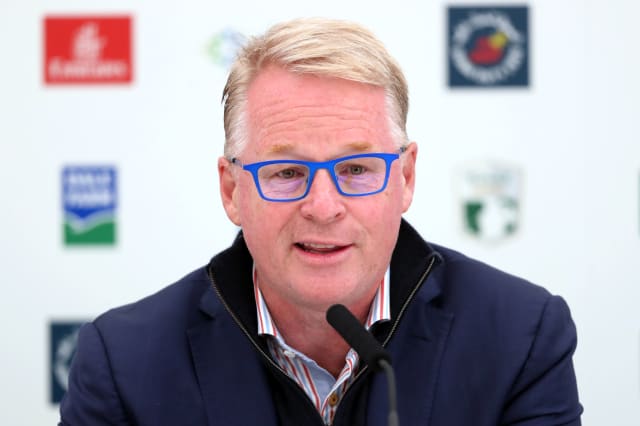 The R&A is undertaking a “comprehensive evaluation” of its plans to stage The Open Championship and AIG Women’s British Open.

Three major championships – the Masters, US PGA Championship and ANA Inspiration – have already been postponed due to the coronavirus pandemic, while a total of 11 European Tour events have been postponed or cancelled.

On Thursday, the Tour announced its GolfSixes Cascais event had been cancelled and the postponement of the Made in Denmark tournament, which had been due to take place from May 9-10 and May 21-24 respectively.

The R&A said they were proceeding as planned to stage The Open at Royal St George’s from July 16-19 and the AIG Women’s British Open at Royal Troon from August 20-23, but were considering “contingency options.”

A statement from the R&A read: “We are undertaking a comprehensive evaluation of our plans to stage The 149th Open at Royal St George’s and the AIG Women’s British Open at Royal Troon, which are four and five months away respectively.

“This includes examining a range of scenarios for staging the championships, with our focus on proceeding as planned, as well as considering other contingency options available to us.”

R&A chief executive Martin Slumbers added: “Our absolute priority is to ensure the safety of players, fans, officials, staff and all involved in our championships and that will be at the forefront of our thinking as we monitor developments.

“We have some time before we start building the infrastructure at both venues and so we are keeping the scheduled dates in place for The Open and AIG Women’s British Open at this point.

“We recognise that this is a rapidly changing situation and we will keep everyone informed of any changes to our plans. These are difficult times but we are bearing in mind our responsibility for what’s right for golf and most importantly for society.”

The R&A has taken the decision to cancel the Student Tour Series Final at St Andrews and Carnoustie and Girls’ U16 Amateur Championship at Fulford, which were both due to take place in April.

The Qatar Masters was the last European Tour event to be completed on March 8. The Dubai Duty Free Irish Open from May 28-31 at Mount Juliet is the next possible event on the schedule.

European Tour chief executive Keith Pelley said: “We will continue to monitor this global situation in relation to Coronavirus and evaluate its impact on all our tournaments, with public health and well-being our absolute priority.

“Discussions regarding the possible rescheduling of all postponed tournaments are ongoing and we remain hopeful of European Tour action resuming in Ireland at the end of May.”

The European Tour has already suspended ticket sales for all the remaining events it promotes in 2020.