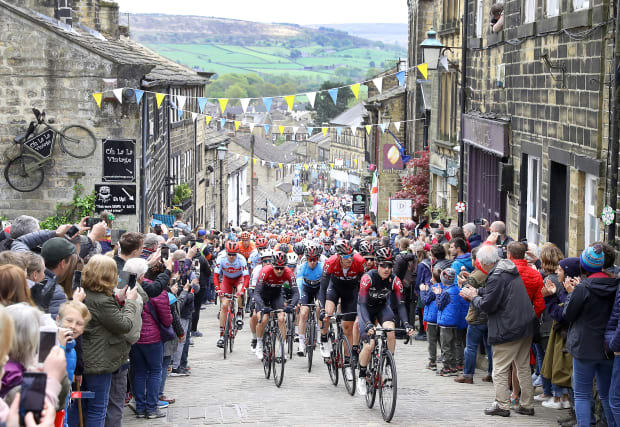 Organisers are keen to secure a long-term future for the Tour de Yorkshire while insisting the postponed 2020 edition – the last on the current contract – will eventually go ahead even if the coronavirus outbreak forces them to wait until next year.

On Tuesday Welcome To Yorkshire and the Amaury Sports Organisation announced this year’s race, due to take place from April 30 to May 3, would be postponed, raising questions over the Tour’s future as the deal ran down.

But both parties are treating it as a contract for one further race, not one final year, and will wait as long as necessary.

“We’re very clear that it’s a postponement,” Welcome To Yorkshire chief executive James Mason told the PA news agency. “There is a real appetite to put this race on as soon as physically possible.

“Cancellation is the last thing we want as that would be a real cost to us given the economic impact that Yorkshire and the region needs from the race.

At the route announcement in January, Mason had described this as a “pivotal” year for the Tour, saying a race that routinely attracts millions of fans needed to prove its value before he committed to extending the deal.

“We want a continuation of this race,” Mason said. “We want this to be a permanent fixture on the sporting calendar of Yorkshire for many years to come.”

And if this was to be a “pivotal” year, Mason suggested the postponement of the race could actually help the argument in favour of it.

“Absence may make the heart grow fonder,” he said. “People will say we’ve missed it. It’s an enforced postponement but many people were saying to me, ‘I wonder what it would look like if we had a year out, to see how people would welcome it back.’

“Inadvertently we’ve got that opportunity now to see how important it is.

“The race can be an opportunity to kick-start the economy and be a celebration of Yorkshire in all its forms.

“At a time when we’re all spending more time at home with less social interaction maybe we can see the race for what it truly is.”