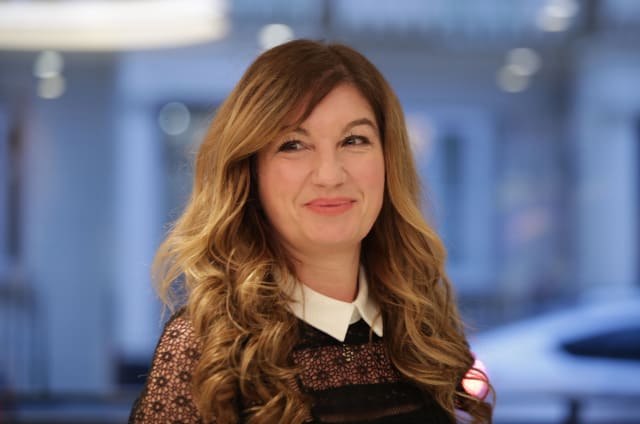 The English professional game’s governing bodies have decided to indefinitely extend the 2019-20 campaign, with no talk at all at Thursday’s Premier League meeting about declaring the season null and void.

No football will be played in the English men’s top flight, the EFL or the women’s professional competitions until April 30 at the earliest due to the coronavirus pandemic, pushing back the resumption date which was originally set for April 4.

It is understood Premier League chiefs were shown modelling of how the schedule could look based on a variety of dates for the campaign to resume, with Tuesday’s decision to postpone Euro 2020 until next year giving greater room for manoeuvre into the summer.

Crucially though, no discussion was held about declaring the season null and void, as had been previously suggested by West Ham’s vice-chairman Karren Brady in a newspaper column in the event that the season could not be restarted.

She moved to clarify those remarks in a Twitter post, saying runaway league leaders Liverpool deserved to win the title and that the Premier League was doing it all it could to get the season finished.

A joint statement from the Premier League, the EFL, the Football Association, the women’s professional game, the Professional Footballers’ Association and the League Managers Association said that the FA board had granted an indefinite extension to the campaign, with its regulations stating that in normal circumstances a season should finish no later than June 1.

At present, it is understood no one is looking beyond June 30 to complete the season but clearly the later the season finishes, the greater the need to make adjustments to the 2020-21 season in order for that to be completed before the rescheduled Euro 2020 tournament.

World governing body FIFA has established a working group to look at temporary amendments and dispensations on player contracts, with standard deals expiring on June 30.

The PA news agency understands clubs also discussed the financial impact of the pandemic, and the imperative of finishing the season from an economic perspective in order to fulfil commitments to broadcast partners.

The league has a shareholders’ meeting scheduled for early April, but it may decide to call a further meeting before that.

It is understood Premier League clubs did not discuss the possibility of financial assistance being offered to the EFL at Thursday’s meeting.

The EFL said on Wednesday it was releasing £50million as a short-term relief package to assist cash-strapped clubs.

The joint statement from the governing bodies on Thursday read: “The FA, Premier League, EFL and women’s professional game, together with the PFA and LMA, understand we are in unprecedented times and our thoughts are with everyone affected by Covid-19.

“We are united in our commitment to finding ways of resuming the 2019-20 football season and ensuring all domestic and European club league and cup matches are played as soon as it is safe and possible to do so.

“The progress of Covid-19 remains unclear and we can reassure everyone the health and welfare of players, staff and supporters are our priority.

“We will continue to follow government advice and work collaboratively to keep the situation under review and explore all options available to find ways of resuming the season when the conditions allow.”

Arsenal released a statement following the meeting which read: “We are fully supportive of this decision which was endorsed at Thursday morning’s Premier League shareholder meeting.

“Of course, we all want to be back playing football as soon as we possibly can, but only when it is safe to be doing so.”

Liverpool are allowing players still undergoing rehabilitation from injuries to re-enter the training ground from Thursday.

Melwood was voluntarily closed after the full squad trained for the last time on Friday, but the PA news agency understands the likes of goalkeeper Alisson Becker (hip), Xherdan Shaqiri (calf), Nathaniel Clyne (knee) and Yasser Larouci (thigh) are being allowed to return for limited periods.

However, they will do so at staggered intervals to minimise the contact they have with each other. All the Premier League leaders’ fully-fit players remain at home training on their own until further notice.

Tottenham are continuing to train as normal, despite the league shutting down.

Jose Mourinho’s men are due in at Hotspur Way on Thursday and Friday, before taking the weekend off. The club will continue to follow Premier League guidance on whether to send their players home.

While the vast majority of European football has shut down, the Turkish SuperLig has continued and Fenerbahce are due to face Kayserispor on Friday before a full weekend of fixtures behind closed doors.