Monaco Grand Prix cancelled and will not take place in 2020 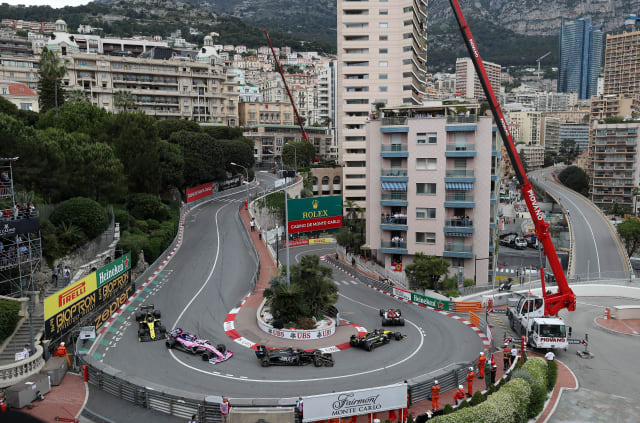 The Monaco Grand Prix has been pulled from Formula One’s coronavirus-hit schedule in another blow to the sport’s bosses.

The prestigious race has been an ever-present on the calendar since 1955 – but after its original date of May 24 was scrubbed off, race organisers confirmed their event would play no part in a rejigged calendar.

Their cancellation came just hours after it was confirmed that Prince Albert of Monaco had tested positive for the deadly virus.

In a statement, the Automobile Club of Monaco said: “The current situation concerning the worldwide pandemic and its unknown path of evolution, the lack of understanding as to the impact on the world championship, the uncertainty with regards to the participation of the teams… the multi-border restrictions for accessing the Principality of Monaco, the pressure on all implicated businesses, their dedicated staff who are unable to undertake the necessary installations, the availability of the indispensable workforce and volunteers (more than 1500) required for the success of the event means that the situation is no longer tenable.”

The news that one of world sport’s grandest events will not feature at all in 2020 encapsulated another dramatic and sobering afternoon for F1’s owners’ Liberty Media, who had been hopeful of finding a new date for the Monte Carlo race.

Seven of the sport’s opening 22 grands prix have now been called off – meaning the earliest the season can start is in Azerbaijan on June 7. But whether that is actually feasible is up for debate given the fast-moving nature of the coronavirus pandemic.

While there is an appetite to push the race in Holland – the first in Zandvoort for 35 years – back to a new date in August, a rescheduled fixture for the Spanish round looks uncertain.

The opening race in Australia was cancelled, while the ensuing grands prix in Bahrain, Vietnam and China have been postponed.

During Thursday’s meeting, it was also agreed to freeze the introduction of the 2021 regulations by one year.

The provisional move is in place so teams – desperately worried about the financial hit of a reduced calendar – do not have to spend money building a new car. Ferrari had been against the proposal, but under pressure from their rivals, changed their minds.

The teams will also be more flexible with Liberty on the development of a new schedule which could mean the staging of three races in succession and the shortening of grands prix weekends with practice on Friday potentially axed.

A joint statement from F1 and its governing body the FIA, published before the cancellation of the Monaco race, read: “In view of the continued global spread of COVID-19 and after ongoing discussions with Formula One and the three promoters, it has today been confirmed that the Dutch Grand Prix 2020, Spanish Grand Prix 2020 and Monaco Grand Prix 2020 will be postponed.

“The FIA and Formula One expect to begin the 2020 Championship season as soon as it is safe to do so after May and will continue to regularly monitor the ongoing COVID-19 situation.”