Managing players is a round-the-clock task for Jurgen Klopp 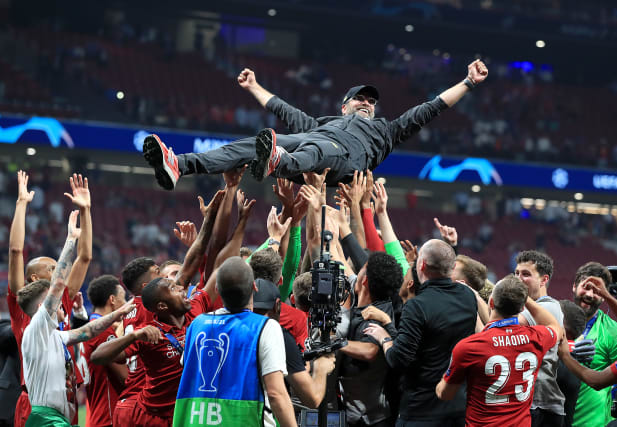 Liverpool manager Jurgen Klopp takes such a close interest in his players he admits he probably thinks about them in his sleep.

With the Premier League season currently suspended all fit members of his squad are training alone at home and Klopp has been keeping in touch via the players’ WhatsApp group, which is usually utilised most when they are away over the summer and during international breaks.

PA understands the club’s training ground, voluntarily closed since Friday, was reopened on Thursday for those undergoing rehabilitation – the likes of Alisson Becker (hip), Xherdan Shaqiri (calf), Nathaniel Clyne (knee) and Yasser Larouci (thigh) – to be be allowed to return for limited periods in staggered slots to continue their treatment.

However, with the Premier League announcing an extension of the current break until April 30, with the season extended indefinitely, there is no immediate return to action for the league leaders so the continued contact from Klopp and other members of his backroom staff will be vital.

And the German admits his players are his sole priority.

“Apart from sleeping, I think the whole day – in fact probably when I am sleeping – about these boys. I don’t want to, it just happens because there is so much information you have,” Klopp, speaking before the current suspension was enforced, told JD’s In The Duffle Bag podcast series.

“For me the most important thing is for the player to be in his best shape in the moment when it counts and we try to do that with nutrition, training and tactics.

“But then there is a time when they go home and there is still a situation. That is normal life but it all influences performance.

“I think I need to know them. That’s what creates a relationship. They can talk to me and it’s always important.

As a result of this approach Klopp is well-liked by his players and his methods have helped generate a united mentality within the squad which means everyone feels accountable.

Klopp’s genuine approach means he is straight down the line in his dealings with players.

“I’m always 100 per cent honest, I don’t tell always the truth, but that’s different…that means I don’t speak. If you ask me, I would be one hundred per cent honest,” he added.

“But I have to remind myself these are the moments when you can lose a player or lose a team if you say something and don’t stick to it.

“It is really possible you lose the whole dressing room but it’s never happened to me because I don’t do that. I try to not do things which make me feel better.”