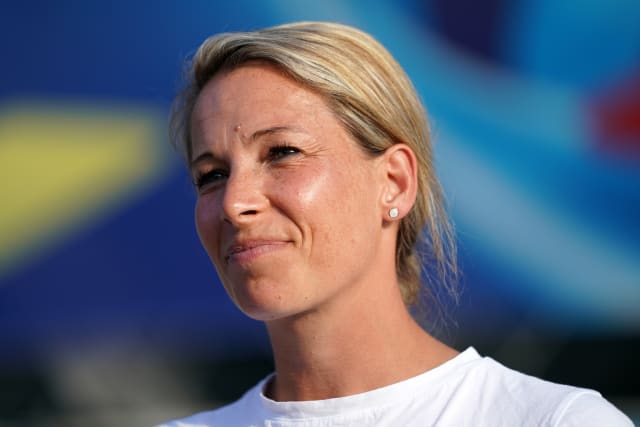 Former England goalkeeper Rachel Brown-Finnis thinks it makes sense for the women’s European Championship to be moved from next summer to 2022 in order to “do it justice”.

Following the coronavirus outbreak, UEFA announced on Tuesday that the men’s Euros, which had been scheduled to start in June, would be postponed for a year.

The women’s tournament, which will be hosted by England and was due to begin on July 7 2021, is to be rescheduled and a shift to 2022 appears likely.

“I think to do it justice and to have it on its own stage and not to be overshadowed by the men’s Euros, I think it is the right move to do that, for it to be a stand-alone.”

Asked about the idea of the tournament being delayed by just a small period of time so that it follows the men’s in a double-header next year, Brown-Finnis said: “Will it have the same kind of limelight in that scenario? I’m not sure.

“I’d be all in favour of it being postponed for a year.”

She added: “I’m confident the people making the decisions about the women’s Euros will be predominantly the people who have moved women’s football forward so much in recent history.

“I trust they will be doing it for all the right reasons for women’s football.”

The summer of 2022 will not have a men’s World Cup, with the Qatar edition set to take place in the winter of that year.

England Women have had disappointing results since last summer’s World Cup in France, where they reached the semi-final – including their last-four and third-place play-off defeats at that tournament, they have suffered seven losses in their last 11 games. At the SheBelieves Cup earlier this month they were beaten by the United States and Spain either side of victory over Japan.

A report last week said Lionesses manager Phil Neville was considering his future as boss, but it is understood that is not the case.

While Brown-Finnis does not want to see the tenure of Neville, who is set to manage a Great Britain side at the Tokyo Olympics, come to an end, she has stressed “we need to see results.”

The 39-year-old, who made 82 England appearances and was also part of the Team GB squad at the London 2012 Olympics, said: “I think there is going to be a hell of a lot of pressure on performing at that tournament (the Tokyo Games). We need to start seeing some results.

“Things haven’t gone to plan I don’t think. We don’t know what the underlying sort of plan was – of course it was to bring in some new players, give them playing time because we don’t have to go through qualifying (for the Euros).

“But that can only last so long because there is a lot to be said for momentum and confidence of the squad, and at the moment I can’t imagine that is particularly positive.

“I think it adds pressure to his results with Team GB. I imagine the majority of the squad will be English players.

“I think it adds a hell of a lot more weighting to results, because that is what it is all about. We need to see results.”