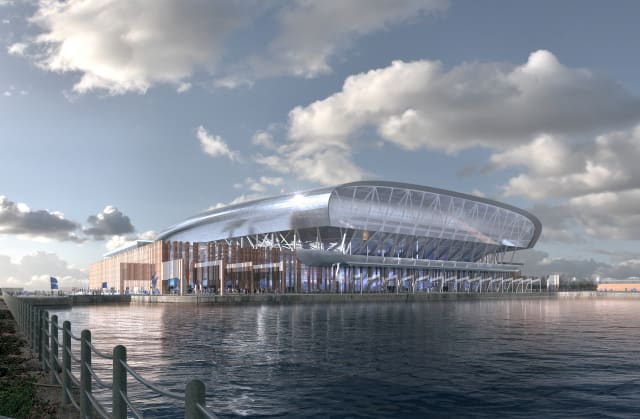 Building Everton’s new stadium later this year will help boost economic confidence and “unlock potential” in the wake of the inevitable slowdown because of the coronavirus crisis.

The club do not envisage any delays on the project despite the current situation and Henri Murison, director of the Northern Powerhouse Partnership, believes the “mega-project” will be important in boosting the region’s short and long-term prospects.

Liverpool City Council’s public consultation period on the planning permission for a new ground at Bramley-Moore Dock ends on Friday and PA understands Everton do not expect any additional delay caused by coronavirus working conditions in terms of a summer determination, which could lead to work starting in the final quarter of 2020.

It is also understood constructors Laing O’Rourke do not currently foresee any issues in terms of labour from September onwards.

“Clearly the priority in the coming weeks is protecting people’s health but you will have seen what the Chancellor said about how we keep the economy going and there are significant projects like the stadium in north Liverpool which will make a big difference to the economy, not just in Liverpool but the wider north.

“Our argument is we want to transform the British economy and none of that is less important, in fact it is more important because the challenge is going to be much of what will be affected is confidence.

“I think local economies will take a real battering over the next few months – even if the government does everything right – and investments like this will unlock real economic potential.

“If we can control the virus while keeping the economy going then yes, government investment will keep us going in the next few months but there is absolutely a role for mega-projects like this which enable us to continue securing economic success.

“The economic value of this development is significant in the construction phase but the economic value it will generate all through the year, not just when football is being played, is the reason why it is so important.”

Liverpool Mayor Joe Anderson told the All Together Now podcast he did not believe the £500million 52,000-seater project would be delayed by coronavirus.

“The shovel in the ground isn’t going to happen for, at least, a couple of months, we may well be over a period where that’s likely to happen,” he said.

“And of course, a lot of people working in construction have less than people who work indoors.

“It’s a difficult one to judge but I would probably say I can’t see it having any delay at all, Covid-19 or Brexit.”

While the stadium planning seems unlikely to be knocked off course closer to home Everton have had to suspend their community programmes because of the spread of coronavirus.

However, they are still reaching out to the most vulnerable members of their fanbase.

Season ticket holders, based on age, disability and other information the club hold, have received phonecalls checking on their wellbeing and any specific requests such as shopping needs.

There has also been closer contact maintained, via telephone and WhatsApp, with those people involved in Everton in the Community’s programmes dealing with acute social issues, mental health and youth engagement.