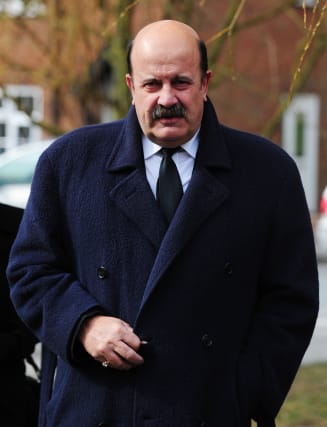 Former snooker star and broadcaster Willie Thorne has said he has been diagnosed with leukaemia.

The 66-year-old – who reached the World Championship quarter-finals in 1986 – revealed on Twitter that he was set to begin chemotherapy in Spain this week.

“I realise everybody is having a tough time minds just got worse I’ve been diagnosed with leukaemia,” he said.

“I’m deveststed start chemotherapy tomorrow I’m in Spain were the health care is hopefully second to none love to you all willie x.”

As well as being a mainstay in the top 16 throughout the late 1980s and early 90s, Thorne has been a commentator for the BBC and took part in Strictly Come Dancing in 2007.

The 1985 UK Championship runner-up has previously spoken of his struggles with a gambling addiction and revealed he was suffering from prostate cancer in 2015.

Fellow snooker players Jimmy White and Joe Perry were among those to show their support for Thorne on Twitter.

White tweeted: “Gutted to hear about the great WT. stay strong mate x”, while Perry added: “Devastating news! Thoughts and prayers are with you WT.”