The reasons behind Liverpool’s remarkable Premier League campaign so far 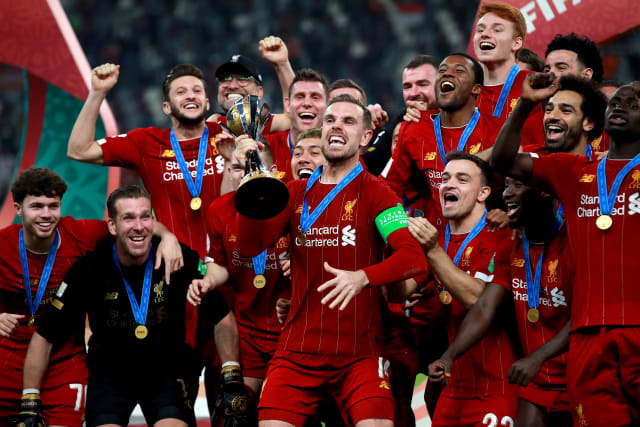 Liverpool’s remarkable, record-breaking season has seen them run away with the Premier League, establishing an unprecedented 25-point lead at the top of the table.

Here, the PA news agency looks at some the reasons behind their success.

The Reds’ charismatic manager has been the driving force behind the club’s resurgence since his arrival in October 2015 and this season is the culmination of his pledge to “turn doubters into believers”. Unlike in previous years, the German has been less cheerleader and more wise, old head as he has let the football do his talking and has spent most of the campaign maintaining a level head. But even if he has been keeping the players grounded, his drive to maintain the very highest standards has ensured they have not been allowed to ease off at any point.

Case for the defence

Liverpool have the tightest defence in the league and that is after keeping just two clean sheets in their first eight matches when goalkeeper Alisson Becker was out injured. It is no coincidence that since the Brazil international’s return they have kept 10 in 20 games, with all 10 coming in 11 matches between the beginning of January and the end of February which ensured their rivals were unable to eat into the lead they had established. Virgil Van Dijk has maybe not hit the imperious heights of last season when he won PFA Player of the Year but he remains Liverpool’s linchpin.

Home form has been a major factor in Liverpool’s success over the last couple of seasons. They have not lost a league match at Anfied since April 2017 and a new record of 22 successive home wins (scoring 63 goals and conceding just 15) broke their own record set by Bill Shankly’s team of 1972. They have scored more goals at home than any other Premier League side in their 15 matches so far.

Impossible to quantify but their never-say-die attitude has been evident in many matches this season. The perfect example was at Aston Villa back in November when they trailed 1-0 with three minutes to go and Klopp’s side ended up winning. In their too-close-to-call title race with City last season Klopp called his players “mentality monsters” and they have proved that again with their unrelenting desire to win when games are tight. Almost a third of all their goals have been scored in the final 20 minutes of games.