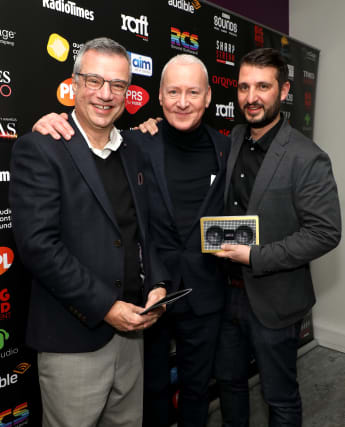 Top football clubs have been urged to offer greater psychological support for their players during the coronavirus pandemic.

Leading sports psychotherapist Gary Bloom, who works with Oxford, has called on club bosses to “reach out” to their players and staff, and increase their psychological services.

Bloom revealed he receives the majority of his referrals from agents, with players sometimes not keen to tell their clubs they are seeking psychotherapy.

But now he believes the coronavirus outbreak and resulting widespread social distancing offers a “classic opportunity” for clubs to bring down further barriers over mental health issues.

“The clubs have a huge role to play in looking after their players and staff, and I’d call upon them to look after the psychological well-being of their players during this hugely testing period,” Bloom told the PA news agency.

“It’s going to be a really stressful period for elite athletes and staff who are used to all this socialisation and suddenly this switch is flicked off.

“Many players are reluctant to tell their clubs that they are struggling psychologically, and a lot of my referrals come through agents.

“Many players ask their agents for the psychological support, and then agents will reach out to me and say ‘can you help my player’.

“And there can be very good reasons why players don’t want the clubs to know.

“I think it’s a really, really stressful period now, and unfortunately there’s no quick fix to this.

“You need constant monitoring and help for people who are finding themselves in this situation.

“My mantra is always that happier players are better players. So if you’re unhappy at the moment my suggestion is to reach out and seek help.

“I’m the only psychotherapist I know of working in first-team football; many clubs don’t believe in psychological services in terms of looking after the personal lives of their players. And they feel that is not something they need to be involved with.

“But this is a classic opportunity for clubs to reach out for psychotherapists to work with players who are dealing with really, really serious concerns that they have; financial, personal, relationship issues, and that’s the kind of work we do.”

Karl Robinson was instrumental in bringing Bloom into the Oxford set-up 18 months ago, and the club have driven up to third in the League One table this term.

Urging squads and staff to rally round each other during the sporting lockdown, Bloom hailed Robinson’s continued support at Oxford.

“The camaraderie with the lads, the banter, the dopamine in the dressing room when you win a game; that is all massive,” said Bloom.

“Nobody really knows when sport as such is going to recommence, and that uncertainty will create a huge strain and stress for young men who have lots of testosterone and competitive spirit flying around.

“And the same goes for football managers as well. Their raison d’etre is to be looking after players and staff.

“For many managers that I’ve come across, they identify by what they do as a manager rather than who they are. Take that away from them, they are going to find that very, very difficult.

“It’s far easier to pick up problems when everyone is in regular contact at training or in the canteen, but it’s going to be far tougher to know if someone is struggling without seeing people on a daily basis.

“So it will be important for players and staff to keep checking in on each other, with phone and video calling.

“I’m very, very proud to be part of Oxford United. It’s the only club in the country to have sought the services of a psychotherapist and I work with the first team down to the academy players and staff.

“The club have taken on board a lot of the concepts myself and Karl Robinson have worked to implement, and hopefully we’re reaping the rewards.”