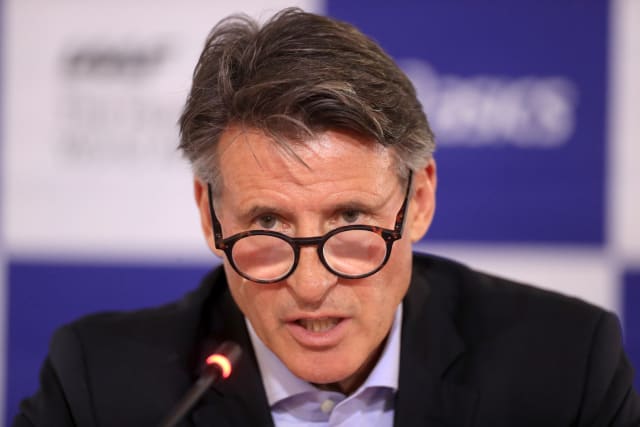 Lord Coe has admitted some athletes may be at a disadvantage at the Tokyo Olympics because of the coronavirus pandemic, but has refused to rule out the Games going ahead as planned.

The president of World Athletics has held discussions with the International Olympic Committee as they attempt to remain on track for the scheduled start on July 24, but has acknowledged that may leave athletes from countries hit by Covid-19 later than others unable to compete on an equal basis.

Great Britain’s heptathlon world champion Katarina Johnson-Thompson is among a number of athletes to question IOC advice to prepare “as best they can” amid ongoing restrictions affecting their training schedules.

Coe told the Times: “Recent evidence suggests China seems to be pulling out of this, but if you are living in Europe and you are an Italian distance runner and you are confined to your house, that is a massive challenge.

“Our sport has always been about fairness and a level playing field, so we shouldn’t feel ashamed to set that as our ambition. The reality is that may not be possible in every case, but we want to do what we can to drill down on that.

“We don’t want athletes that are coming on stream for competition that have not been able to train for a couple of months while others may have come through it slightly earlier and are back in the mainstream.

“My focus is where there are specific pockets of difficulty. Different countries have very different public health restrictions. If you are living in Italy, France or Spain, it’s very complicated at the moment.

“I don’t know, but there is an assumption that in the UK, we may be in a lock-down. Some countries that are coming into this later are going to be dealing with these issues closer to Tokyo.”

IOC chairman Thomas Bach insisted on Tuesday that July remains the organisation’s focus, and asked if it would be wrong to write that off Coe said: “Yes, I do think that.”

Bach’s comments received short shrift from some, including British former rower and four-times gold-medallist Sir Matthew Pinsent, who called for the Games to be postponed.

He posted on Twitter: “I’m sorry Mr Bach, but this is tone deaf. The instinct to keep safe (not to mention obey govt instructions to lock down) is not compatible with athlete training, travel and focus that a looming Olympics demands of athletes, spectators organisers etc Keep them safe. Call it off.”

Johnson-Thompson spoke out after the IOC told athletes “no solution will be ideal” after a number of competitors raised concerns over its plans to press ahead with Tokyo 2020.

She pointed out the difficulties she and other athletes were facing and wrote in a social media post: “I feel under pressure to train and keep the same routine which is impossible.”

“The IOC is committed to finding a solution with the least negative impact for the athletes, while protecting the integrity of the competition and the athletes’ health.

“No solution will be ideal in this situation, and this is why we are counting on the responsibility and solidarity of the athletes.”

Olympic pole vault champion Katerina Stefanidi said the IOC was risking the health of athletes, who feel obliged to continue training despite advice to reduce contact.

Hayley Wickenheiser, an IOC member, said the organisation’s conviction that the Games would go ahead was “insensitive and irresponsible given the state of humanity”.

The former Canada ice hockey star added: “This crisis is bigger even than the Olympics.”

The IOC had said on Tuesday it was fully committed to staging the Games and with four months to go there was no need for any drastic decision to be taken.