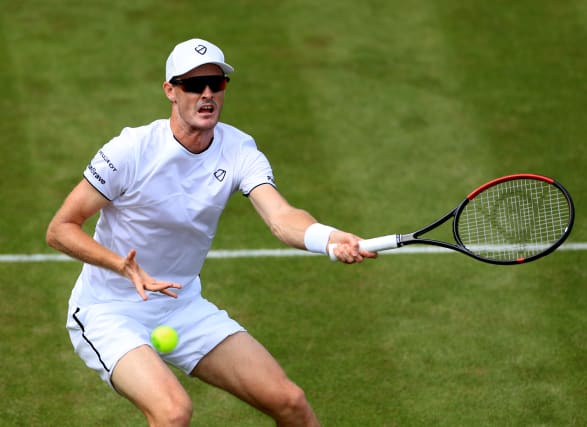 Laver Cup organisers have vowed to go ahead with the event as scheduled despite the French Open’s controversial decision to switch dates to the autumn.

The French Tennis Federation made an apparently-unilateral announcement on Tuesday that it was moving the year’s second grand slam from its traditional May-June slot to begin on September 20 because of the coronavirus pandemic.

As well as being a week after the conclusion of the US Open, the new dates clash with a number of WTA and ATP tournaments as well as the Laver Cup, the Ryder Cup-style event pitting Europe against the rest of the world that has been a big success since its launch in 2017.

The brainchild of Roger Federer, it is a glitzy production that has attracted many of the world’s leading players.

It is due to be held this year at TD Garden in Boston from September 25 to 27, right in the middle of the French Open’s new dates, and organisers said it is already sold out.

A statement on lavercup.com read: “The tennis world learned today that the French Tennis Federation intends to schedule Roland Garros from September 20 – October 4, 2020 due to the impact of COVID-19.

“This announcement came as a surprise to us and our partners – Tennis Australia, the USTA and the ATP. It raises many questions and we are assessing the situation.

“At this time, we want our fans, sponsors, broadcasters, staff, volunteers, players and the great city of Boston to know that we intend to hold Laver Cup 2020 as currently scheduled.”

If the FFT and the Laver Cup both stick to their guns, it raises the prospect of players having to choose between the two, while two big WTA events are also due to be held in that fortnight in Tokyo and Wuhan.

The ATP and WTA are yet to give a public response but many players reacted with surprise, bemusement and anger, particularly at the lack of consultation on such a major scheduling decision.

Jamie Murray wrote on Twitter: “Strong move by French Open/FFT to move to end of Sept. I thought the powers that be in tennis were supposed to be all about working together these days?”

Canadian Vasek Pospisil, a prominent member of the ATP Player Council, was the most outspoken, saying: “This is such a difficult time. Everyone is being impacted by this catastrophe.

“Enhancing communication and working together to find solutions should be the priority. Not going rogue and making selfish/arrogant decisions to further impact the tour in a negative way.”

Meanwhile, the United States Tennis Association, which organises the US Open, put out a pointed statement emphasising it will consult with other stakeholders should it wish to move its tournament.

“The USTA is continuing to plan for the 2020 US Open and is not at this time implementing any changes to the schedule,” read the statement.

“These are unprecedented times, though, and we are assessing all of our options, including the possibility of moving the tournament to a later date.

“At a time when the world is coming together, we recognise that such a decision should not be made unilaterally, and therefore the USTA would only do so in full consultation with the other grand slam tournaments, the WTA and ATP, the ITF (International Tennis Federation) and our partners, including the Laver Cup.”