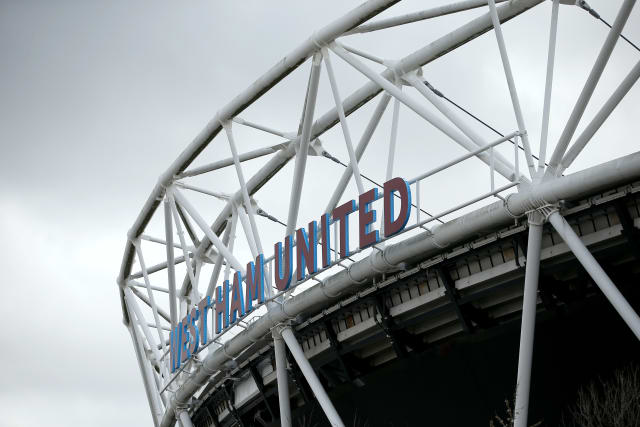 Joe Cole says his former club West Ham would be in a good position if the season were to resume following the coronavirus pandemic.

The Hammers’ vice-chairman Karren Brady sparked controversy at the weekend when she said the Premier League should be declared “null and void” after its suspension in the wake of Covid-19.

Brady received criticism for her opinion because it would be a solution which would suit the London club, given they are out of the relegation zone on goal difference.

But Cole, who played for the Hammers over two spells, reckons they would have no problems when and if the campaign restarts because of David Moyes.

“West Ham were on the back of four great performances I thought, I watched them closely,” he told the PA news agency.

“The break has come and when the restart comes whenever it does, it will be about who starts better.

“When you come back and the season restarts, if it does, having an experienced manager who knows how to organise a team and David has a lot of experience doing that.

“West Ham will benefit from that. We don’t know what will go on the other side of things but from football point of view it will give them a chance to get some players fit.

“But everyone else will be thinking the same.”

The situation might become clearer on Thursday as Premier League clubs meet to discuss possible outcomes to the current campaign.

Whatever is decided, there seems no possibility of a quick resumption given the increasing cases of coronavirus and the prediction that they may not peak for several weeks.

Cole says that footballers will have a challenge on their hands, adapting to a new way of life where they could be training at home on their own.

“When you come back and the season restarts, if it does, having an experienced manager who knows how to organise a team and David has a lot of experience doing that.

Chelsea’s Mason Mount has already broken self-isolation protocol after being pictured having a kickabout with Declan Rice and Cole knows it will be hard for them.

“It’s hard to talk about something that none of us have gone through before or experienced it. Professional footballers need to do a professional job,” he said.

“It’s hard for everyone, football is a social thing, for the players it’s about being in the dressing room so this is new. It will be hard, the players will have to get used to training on their own.

“It is an unprecedented situation and none of us have experienced it before. I have not heard anyone come up with a solution that I agree with, not that I have one either.

“I think we have to try and finish the season whenever that might be and whether it is behind closed doors. It is nothing in the grand scheme of things though.”

:: Joe Cole is a Football Analyst for BT Sport and can also be found trying his hand at acting in BT TV’s behind the scenes video to celebrate its new range of flexible tv packages, for more information customers can visit www.BT.com/TV