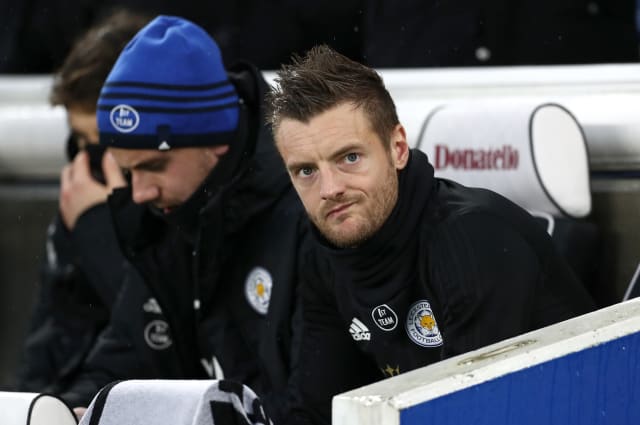 The enforced break in the football season comes with Leicester’s Jamie Vardy stranded one short of 100 Premier League goals.

The striker is on the brink of becoming the 29th player to reach the landmark and here, the PA news agency looks at his goalscoring achievements and how they compare to fellow members of the elite.

Vardy’s 99 goals so far have come in 202 appearances over six seasons. He has taken 425 shots, according to the official Premier League website, 213 of which have been on target.

It is no surprise Arsenal were persistently linked with signing Vardy after Leicester’s title win – he scored three goals against them that season despite the Gunners doing the double over Leicester, and has nine against them in total in his Premier League career.

He seemingly saves his best for the big occasion, with Liverpool on the receiving end of another seven of his goals. He has six against Everton and five against each of Aston Villa, Bournemouth, Manchester City, Newcastle, Southampton, Tottenham and Watford, and has scored against 25 opponents in total.

Vardy’s most prolific season came in Leicester’s shock title-winning campaign of 2015-16 when he netted 24 goals to match Manchester City’s Sergio Aguero for second place in the Golden Boot race, one goal behind Tottenham’s Harry Kane.

Vardy’s right foot has accounted for the lion’s share of his goals, 62 of 99 according to premierleague.com. He has 25 with his left foot and 12 headers.

Vardy has scored a single goal on 63 occasions, along with 15 doubles and two hat-tricks – in this season’s 9-0 rout of Southampton and a 4-2 win over Manchester City in December 2016.

Vardy looks set to be the 12th-quickest man to 100 Premier League goals.

Alan Shearer set the record, taking just 124 games, with Kane and Aguero the only others to get there in under 150 games – as well as the only current Premier League strikers with 100-plus goals to their name.

Thierry Henry, Ian Wright, Robbie Fowler, Les Ferdinand, Michael Owen, Andy Cole, Robin Van Persie and Jimmy Floyd Hasselbaink also got there in 200 games or fewer, with Vardy already just outside that mark but with 13 games in which to beat Romelu Lukaku’s 216.

Vardy has scored 18 of the 22 penalties he has taken in the Premier League. Shearer’s first century also featured 18 penalties, with only Matt Le Tissier (25), Steven Gerrard (20) and Frank Lampard (19) more reliant on spot-kick prowess as they reached three figures.