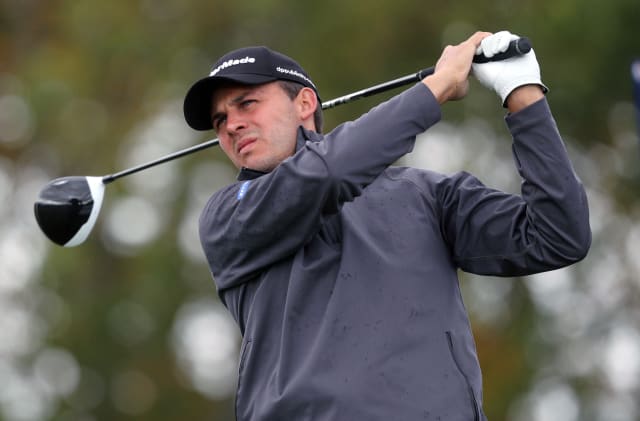 According to the website of the Official World Golf Ranking, there are no tournaments scheduled this week as the coronavirus pandemic continues to decimate the sporting calendar.

Try telling that to Nick Marsh, who made the most of his local knowledge to card a six-under-par 64 to win The ThinOptics Masters at his home course of Huddersfield Golf Club on Wednesday.

The tournament is part of the gender-equal 2020protour –  the zeroes in the logo are made up of the male and female gender symbols – launched by Chris Hanson and Adam Walker to give aspiring professionals more playing opportunities in Yorkshire and the north east of England.

The first two of 23 planned one-day tournaments fell victim to the weather, but Monday’s inaugural event at Crosland Heath saw Nicholas Poppleton claim the first prize of £1,200, with Marsh collecting £1,000 for his success in the 62-strong field.

Hanson, who won his European Tour card at the qualifying school in 2015, came up with the idea during October’s Spanish Open while having dinner after the first round with Walker, a fellow professional and his caddie for the week.

Members pay an entry fee of £99, the green fee is deducted and all remaining money goes into the prize pool. Twenty per cent of the field get paid, with 25 per cent of the purse going to the winner.

Men and women play for the same prize money with the overall course length shortened by 11 per cent for the women in the same way that the mixed event in Jordan was set up.

All bar one of the events will take place on a Monday to allow players to compete elsewhere, with £20,000 to be split between professional members who make 100 birdies or more during the season.

“Obviously in the current climate we thought about postponing, but we had a lot of players who were keen to play and took precautions with more hand sanitiser and players not exchanging cards,” Hanson told the PA news agency.

“The golf club were happy to go ahead and we’re happy to continue staging tournaments until told otherwise.

“I thought about paying the £99 and playing myself but it might be a bit weird if I won and had to take a selfie with the trophy! I also wanted to make sure everything ran smoothly so I was around the first tee as everyone teed off.

“Monday’s event had 10,700 views of the live stream and SkyBet were pestering me for the updated draw for today so we’re getting a good bit of attention, maybe because there’s no other sport going on!”

As an outdoor, non-contact sport golf is arguably one of the best-placed sports to carry on during the coronavirus outbreak, with another mini-tour also pressing ahead with its schedule.

The Clutch Pro Tour’s event at The Shire on Friday is one of six designated “majors” on its 13-tournament schedule, costs £400 to enter and has a first prize of £10,000. European Tour professionals Callum Shinkwin, Steven Brown and David Howell are among the players entered.

Tour director Tom Hayward told PA: “The coronavirus is obviously a tragedy for a lot of people and there’s a lot of hysteria surrounding it, but without these opportunities I don’t really know what your options are.

“You’re forced to give up on the game you love and quit on a career path you’ve invested a lot of time, money and energy into, so as long as we possibly can we want to continue to offer that platform for the players.

“We have gazebos so we can run the whole event from outside, the players don’t even need to go into the clubhouse; the bacon sandwiches and coffee are going to be served outside to reduce those confined areas.

“You’ve got to be sensible with it but as long as the golf clubs are open and operating we’ll do our best to provide these opportunities.”