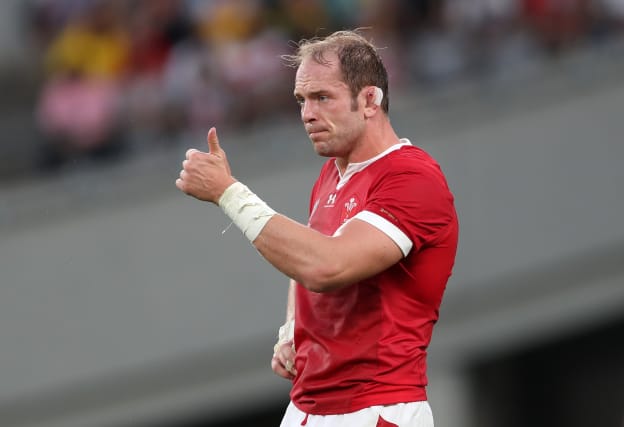 Wales skipper Jones would have equalled the world-best of 148 international games had last Saturday’s Guinness Six Nations clash against Scotland gone ahead.

If the Scotland game, which was postponed due to the coronavirus outbreak, is rearranged this year, Wales will have eight more matches scheduled in 2020.

And at some point that should mean 34-year-old lock Jones going past the current record held by New Zealand’s World Cup-winning skipper Richie McCaw.

“As a man, first and foremost, he is of the highest quality,” Wales wing North said, of Jones.

“He is loyal to the hills – he will be shoulder to shoulder whenever you need it.

“As a player, he is probably the most professional man I’ve ever come across in my time.

“What he goes through and puts his body through Monday to Friday to give the performance on the Saturday – and then does it all again – is incredible. As a leader, he has done us incredibly proud.”

North has won 95 Wales caps and, like Jones, played in Tests for the British and Irish Lions during a 10-year international career.

But the fact Jones is almost 50 games ahead of him underlines his remarkable longevity and durability.

“Sometimes I look at the state of him after a game and think ‘I am all right’!” North added.

“To have been part of that journey with him is incredible.

“Al is a a very closed man. He likes to go about his work. He is not a flashy man.

“It’s only when you go day to day with him that you realise how much work he puts in, not just the normal training hours, but the beforehand, the bit after for recovery, the days off getting ready, and just his mindset that it’s never done – there is always more to be done.

“You see someone like Alun Wyn, he has played 147 times for his country, then you look at him doing his extras.

“For the younger boys, what a person to look up to, what an inspiration. Some of these new guys, it’s an amazing environment to be involved in.

“He is such a physical specimen, the way he plays the game. The way he is and the way he goes about his work, I don’t see him stopping any time soon.”

“Al is the one constant feature in Wales over the last however many years,” North said. “Al is always there, isn’t he?