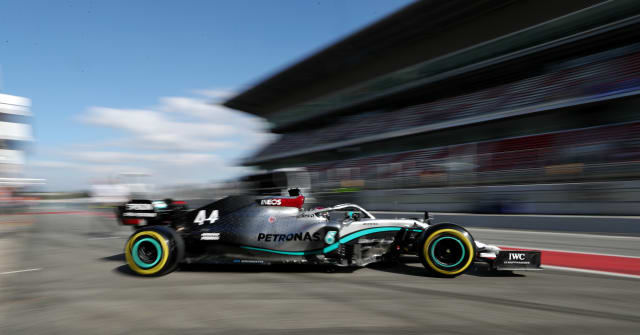 Formula One bosses will talk with the sport’s team principals on Thursday in an attempt to thrash out a revised calendar.

The PA news agency understands that FIA president Jean Todt and F1 bosses’ Chase Carey and Ross Brawn will all be on the conference call as the sport’s major stakeholders look to reach an agreement on the best route forward.

The summit follows a World Motor Sport Council vote on Wednesday which approved a revised shutdown period – which had been reserved for August – to enable the possibility for the sport to go racing throughout the summer.

Team factories will be ordered to close for three consecutive weeks at an elected time between now and the end of April. Ferrari’s Maranello base has already been temporarily shut due to the outbreak of coronavirus.

An FIA statement read: “In light of the global impact of the COVID-19 coronavirus currently affecting the organisation of FIA Formula One World Championship events, the World Motor Sport Council has approved a change to the 2020 Formula One Sporting Regulations, moving the summer shutdown period from July and August to March and April and extending it from 14 to 21 days.

“All competitors must therefore observe a shutdown period of 21 consecutive days during the months of March and/or April.”

Shorter race weekends will be discussed – with practice on Friday potentially axed – as well as the idea of staging a number of races on successive weeks.

The sport staged a triple-header in 2018, but it was dropped after just one season following complaints by the teams. The unpopular concept will again be tabled in a bid to pack in the races.

F1’s bosses are then set to meet with promoters with the aim of getting a provisional calendar locked in at some stage next week.

It will also be discussed whether to freeze the 2021 regulations for a year so teams do not have to spend money developing a new car. It is understood the vast majority are in favour of this proposal.

The opening four races in Australia, Bahrain, Vietnam and China have already been called off with confirmation of the postponements of the Dutch and Spanish Grands Prix – scheduled for the first two weekends in May – expected shortly.

The next scheduled round is Monaco on May 24, but the historic race appears highly vulnerable. The Azerbaijan Grand Prix on June 7 had been viewed as the more realistic start date, but whether that is actually feasible is up for debate given the fast-moving nature of the coronavirus pandemic.