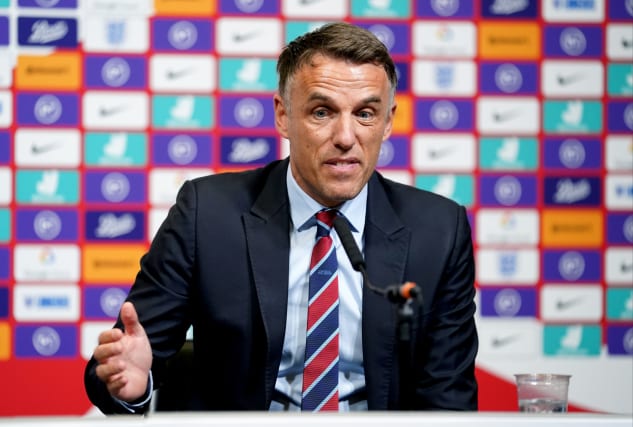 England Women’s players and management have been offered reassurance and advice after two members of staff went into self-isolation following contact with the president of the Japan Football Association.

No member of Phil Neville’s squad or staff which travelled to the SheBelieves Cup in the United States earlier this month is currently displaying symptoms.

But the two people affected are following public health guidance after meeting JFA chief Kozo Tashima, who has since tested positive for coronavirus.

A Football Association statement said: “We have every confidence that no player or member of the coaching staff was at any time in direct contact with the JFA president during the tournament.

“He had, however, been in contact with two FA staff members who are currently asymptomatic and will be following the public health guidance to self-isolate for 14 days.

“The health and safety of all staff and players under our care is our top priority and our medical team has today contacted all those involved in the recent tournament to offer reassurance and advice.

“At present, no-one associated with the England Women’s senior team is displaying symptoms of Covid-19.”

The news came as world football’s governing body FIFA announced the establishment of a working group to address the impact of the Covid-19 pandemic on the game including the international fixture calendar and contracts, many of which are due to expire on June 30.

Meanwhile, Arsenal’s players remain on course to return to training next Tuesday after head coach Mikel Arteta tested positive for the illness last week, a major factor in the Premier League’s decision to cancel all fixtures until April 3 at the earliest.

In line with government advice, all Arsenal players and backroom staff entered a 14-day self-isolation period due to working in such close proximity to Arteta, who is understood to be feeling better and in good spirits.

Chelsea have opened the Millennium Hotel at Stamford Bridge to NHS staff to help the medical response to the crisis.

Blues owner Roman Abramovich has pledged to cover the costs of accommodation for an initial two-month period, with the west London club prepared to give over the whole hotel if required.

The club also confirmed that midfielder Callum Hudson-Odoi is making “great progress” in his recovery from coronavirus.

It has partially reopened since, but club staff who had close contact with Hudson-Odoi will continue to self-isolate according to government guidelines.

Manager Frank Lampard said: “I’m happy to say that, in Callum’s case, he has made great progress and almost feels his usual self, which is obviously the news we all want to hear.”

Crystal Palace have assured staff that anyone affected by Covid-19 will still receive full pay instead of statutory sick pay.

Chairman Steve Parish has also declared that matchday staff who have lost work due to the suspension of the Premier League will not be left out of pocket.

John Obi Mikel has had his Trabzonspor contract terminated by mutual consent after using Instagram to protest against matches in Turkey being played despite the ongoing pandemic.

Mikel’s post received support from Radamel Falcao, who plays for Turkish club Galatasaray. Falcao replied: “You are right John. The life is more important than football.”

“September is a long way off so there’s no change to the situation at all at this stage,” the three-time major winner told The Ian Dempsey Breakfast Show on Today FM.

However, the prestigious Le Mans 24 hour race in June has been put back until September, while Formula One’s governing body has brought forward its planned three-week summer shut-down from August to a period to be determined between now and the end of August.

The International Olympic Committee has told athletes “no solution will be ideal” after a number of competitors raised concerns over plans to press ahead with Tokyo 2020.

Great Britain’s heptathlon world champion Katarina Johnson-Thompson was among those to speak out on Tuesday, questioning advice from the IOC asking them to prepare “as best they can” for the Games.

Johnson-Thompson said in a social media post: “I feel under pressure to train and keep the same routine, which is impossible.”

The Artistic Gymnastics All-Around World Cup event scheduled to take place in Tokyo next month – an Olympic Test event – has been cancelled, while the Leeds round of the World Triathlon Series, due to take place on June 6 and 7, has been postponed.

Great Britain’s ice hockey matches against Hungary next month are also off.