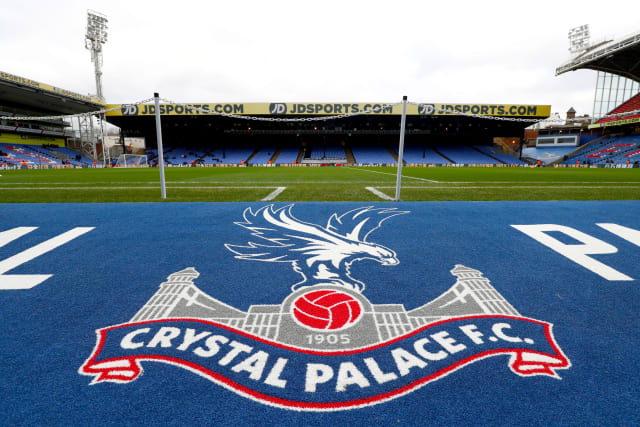 Crystal Palace have made assurances to staff over pay following the outbreak of coronavirus.

With the leagues shut down until at least April 3 and for potentially far longer, club finances have have been hit with non-league Barnet already making 60 staff redundant.

Palace have pledged to support their employees, with chairman Steve Parish saying in a statement on the Eagles’ website that anyone affected by Covid-19 will still receive full pay instead of statutory sick pay.

Parish also said matchday staff who have lost work due to the suspension of the Premier League will not be out of pocket.

Palace’s training ground in New Beckenham is on a one-week lockdown as a precautionary measure, with players staying at home with personalised training plans.

Meanwhile Callum Hudson-Odoi is making “great progress” in his recovery from coronavirus, according to Chelsea boss Frank Lampard.

Chelsea have now partially reopened their Surrey training base, but club staff who had close contact with Hudson-Odoi will continue to self-isolate according to government guidelines.

“I’m happy to say that, in Callum’s case, he has made great progress and almost feels his usual self, which is obviously the news we all want to hear,” Lampard said.

John Obi Mikel has had his Trabzonspor contract terminated by mutual consent after using Instagram to protest against matches in Turkey being played despite the coronavirus pandemic.

Turkey’s Super Lig is one of the only top-level leagues in Europe not to have postponed matches, instead opting to stage games behind closed doors.

“I do not feel comfortable and don’t want to play football in this situation. Everyone should be home with their families and loved ones in this critical time.

“Season should be cancelled as the world is facing such turbulent times.”

Mikel, the 32-year-old former Nigeria international, joined Trabzonspor on a two-year deal last summer but has forfeited any remaining payments in order to leave early.

A statement on Trabzonspor’s website said: “The professional football player agreement between our company and John Obi Mikel… has been mutually terminated.

“With the mutual termination agreement, the football player gave up all his future earnings.”

Mikel’s post received support from Radamel Falcao, who plays for Turkish club Galatasaray. Falcao replied: “You are right John. The life is more important than football.”

Rugby league players may agree to defer part of their wages in an effort to prevent clubs from suffering financial ruin during the enforced shutdown, says trade union organiser Garreth Carvell.

The Artistic Gymnastics All-Around World Cup event scheduled to take place in Tokyo next month – an Olympic Test event – has been cancelled due to the coronavirus outbreak.

European football remains united in the hope of finishing the season during the summer after the postponement of Euro 2020 came at “huge cost”.

Governing body UEFA made “the biggest sacrifice” to tackle the disruption to the football calendar caused by the coronavirus pandemic by agreeing to push the showpiece event back until next year.

On Tuesday, a meeting convened by European football’s governing body accepted the switch in order to find a way to break the logjam of fixtures created by the spread of the virus throughout the continent.

The new dates proposed are June 11 to July 11, 2021, and the move appears to have been met with the approval of Europe’s national associations.