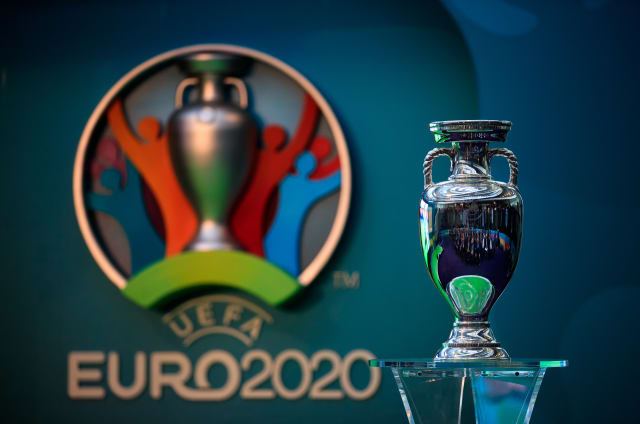 European football remains united in the hope of finishing the season during the summer after the postponement of Euro 2020 came at “huge cost”.

Governing body UEFA made “the biggest sacrifice”  to tackle the disruption to the football calendar caused by the coronavirus pandemic by agreeing to push the showpiece event back until next year.

On Tuesday, a meeting convened by European football’s governing body accepted the switch in order to find a way to break the logjam of fixtures created by the spread of the virus throughout the continent.

The new dates proposed are June 11 to July 11, 2021, and the move appears to have been met with the approval of Europe’s national associations.

UEFA confirmed the Euro 2020 play-offs, due to be played this month, would now take place in the June international window.

The Women’s Euros, as well as the Nations League Finals and Under-21 Euros – all of which were due to take place in the summer of 2021, will be rescheduled. It is understood dates of June 24 and June 27 were pencilled in, but not officially confirmed, for the Europa League and Champions League finals.

UEFA, the European Club Association, European Leagues and players’ union FIFPRO Europe have signed a joint resolution committing to completing all domestic and European club competitions by June 30, “should the situation improve and resuming playing be appropriate and prudent enough”.

To help with scheduling, domestic league matches might be played in mid-week and UEFA competition matches on weekends.

In the event the club season cannot be completed by the end of June, the qualifying rounds for next season’s Champions and Europa Leagues may be adapted.

UEFA president Aleksander Ceferin admitted the postponement of Euro 2020 came at “huge cost” to the governing body, but that ploughing ahead – potentially behind closed doors – was not something UEFA had wanted to consider.

“Moving Euro 2020 comes at a huge cost for UEFA but we will do our best to ensure that the vital funding for grassroots, women’s football and the development of the game in our 55 countries is not affected.”

Ceferin was later pressed on the financial impact moving the showpiece championships would have on Europe’s governing body.

“We will start assessing that these days, but it will go to hundreds of millions of euros,” he said.

The UEFA president added: “I don’t think that we should cannibalise the women’s Euro with the men’s Euro just one month before.

“I would say it is the biggest crisis that football faced in history, but it is also a possibility to…reset some things, put some things differently.

“Honestly speaking, I’m optimistic about the future. We will have to be a bit careful at the beginning, but we are capable of coming back.”

FIFA president Gianni Infantino said the postponements of Euro 2020 and Copa America 2020 until next year would be formally accepted on Wednesday.

In a statement from Infantino, the world governing body pledged a direct contribution of USD 10million to the World Health Organisation Covid-19 Solidarity Response Fund.

He said: “To protect the interests of all stakeholders and competition organisers, whether they be national, continental or worldwide, I have called for a bureau of the council conference call tomorrow to see how we can progress matters collectively.

“During this call, I will suggest the following next steps: to accept the postponements of the CONMEBOL 2020 Copa America and the UEFA Euro 2020 to the June/July of 2021; to decide at a later stage – when there is more clarity on the situation – when to reschedule the new FIFA Club World Cup, later in 2021, in 2022 or in 2023.”

England’s June friendlies against Austria and Romania have been called off. Gareth Southgate’s men were due to travel to Vienna for a friendly on June 2 before facing Romania at Villa Park on June 7.

Juventus and France midfielder Blaise Matuidi has tested positive for the virus and “is in voluntary home isolation, is asymptomatic and is fine,” according to the Serie A club.

LaLiga side Espanyol also confirmed that six cases of Covid-19 have been detected among their first team and the technical staff.

Chelsea coach Frank Lampard says Callum Hudson-Odoi is progressing well after his coronavirus diagnosis on Friday, and the Blues’ training ground has been reopened after a deep clean.

The US PGA Championship has joined next month’s Masters in being postponed.

The golf major, which had been due to take place in TPC Harding Park in San Francisco from May 11-17, has been rescheduled for later this summer, organisers announced on Tuesday evening.

Tennis’ second major of the year, the French Open, has been postponed until September 20 and is due to conclude on October 4.

The All England Lawn Tennis Club, though, said it is “continuing to monitor and respond to the coronavirus situation, working closely with the government and relevant health authorities”, and while continuing “to plan for The Championships at this time, it remains a continuously evolving situation”.

However, the summer’s other big sporting attraction, the Tokyo 2020 Olympic Games, is still on schedule according to the International Olympic Committee.

Heptathlete Katarina Johnson-Thompson, though, has questioned the IOC’s advice that athletes should continue their preparations for Tokyo 2020 “as best they can”.

The British star, who lives and trains in France, wrote on Twitter: “I feel under pressure to train and keep the same routine which is impossible.”

The 31-year-old returned home early from the Pakistan Super League – which has subsequently been postponed – on Saturday and began feeling ill on Sunday.

Th NBA now has a total of seven infected player after the Brooklyn Nets announced on Tuesday that four of the club’s playing squad had tested positive for the virus.

Former league MVP Kevin Durant is among the infected players.

The worldwide sporting calendar continued to be decimated by the pandemic with racing, snooker, boxing, cycling and swimming all called off.

All racing in Britain will be suspended from Wednesday until the end of April.

British Cycling has suspending all activities until at least April 30, while the Tour de Yorkshire has been postponed.

On Tuesday evening, Leeds confirmed eight members of the first-team squad and backroom team are self-isolating after displaying symptoms of possible coronavirus.

The Rugby Football League has announced that all matches, from the top flight to community clubs, are suspended until April 3 because of the pandemic.

The expectation, though, is that, along with most sports in the UK, the shutdown will last months rather than weeks.