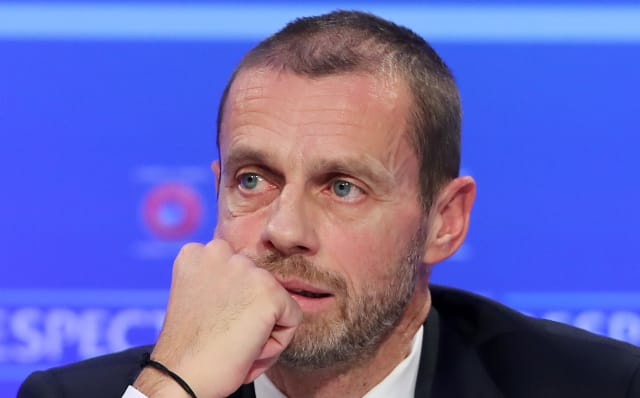 The European Championship has been moved to the summer of 2021 as UEFA made “the biggest sacrifice” to tackle the disruption to the football calendar caused by the coronavirus pandemic.

A meeting convened by European football’s governing body agreed to switch the tournament in order to find a way to break the logjam of fixtures created by the spread of the virus throughout the continent.

The new dates proposed are June 11 to July 11, 2021, and the move appears to have met with the approval of national associations across the continent.

The statement from UEFA on Tuesday afternoon confirmed that the Euro 2020 playoffs due to be played this month would now take place in the June international window, but did not fix new dates for the Champions League and Europa League finals, or confirm whether the Women’s Euro, due to take place in the summer of 2021, would now be moved.

Instead, a working group has been set up to “examine calendar solutions” and decisions on dates for other UEFA competitions will be made in due course.

UEFA president Aleksander Ceferin admitted the postponement came at “huge cost” to the governing body but that ploughing ahead – potentially behind closed doors – was not something UEFA had wanted to consider.

“Moving EURO 2020 comes at a huge cost for UEFA but we will do our best to ensure that the vital funding for grassroots, women’s football and the development of the game in our 55 countries is not affected.

“Football is an uplifting and powerful force in society. The thought of celebrating a pan-European festival of football in empty stadia, with deserted fan zones while the continent sits at home in isolation, is a joyless one and one we could not accept to celebrate the 60th anniversary of the competition.”

It was also confirmed that this summer’s Copa America had been postponed until 2021 so that South American players could finish their club seasons in Europe.

Ceferin also hinted that some sort of compromise had been reached with world governing body FIFA, which is due to host the first of its expanded Club World Cup tournaments in China in the summer of 2021.

“I would like to thank FIFA and its president, Gianni Infantino, who has indicated it will do whatever is required to make this new calendar work.

“In the face of this crisis, football has shown its best side with openness, solidarity and tolerance.”

The summer’s other big sporting attraction, the Tokyo 2020 Olympic Games, is still on schedule according to the International Olympic Committee.

“The IOC remains fully committed to the Olympic Games Tokyo 2020, and with more than four months to go before the Games there is no need for any drastic decisions at this stage; and any speculation at this moment would be counter-productive,” a statement said.

National League football club Barnet announced it had placed all non-playing staff on notice in “emergency measures to preserve the club” amid the pandemic.

The final Hillsborough memorial service, which was due to take place at Anfield on April 15, has also been postponed.