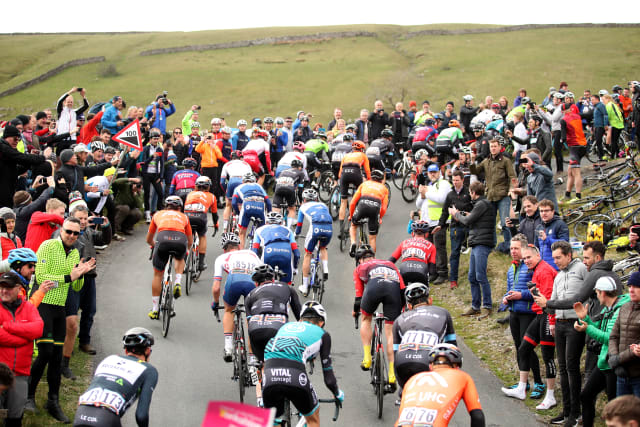 The Tour de Yorkshire has been postponed along with major one-day races Paris-Roubaix and Liege-Bastogne-Liege as the coronavirus outbreak continued to rip up cycling’s spring calendar.

The sixth edition of the Tour de Yorkshire was due to be staged from April 30 to May 3, but a joint statement from Welcome To Yorkshire and the Amaury Sports Organisation (ASO) said alternative dates would be sought.

The announcement came less than an hour after ASO had announced that Paris-Roubaix and Liege-Bastogne-Liege, two of the five Monuments which make up the biggest one-day races on the calendar, would be postponed along with La Fleche Wallone, with all three races having been scheduled for April.

“Following consultation with stakeholders and sponsors Welcome to Yorkshire held in depth and constructive discussions with both ASO and British Cycling (both TDY race partners) with all parties in agreement that this is the right and responsible course of action,” a Tour de Yorkshire statement said.

“The sixth edition of the annual cycle race was scheduled to take place between 30th April and 3rd May 2020 but the developing situation with regards to the Coronavirus (COVID-19) means continuing with the event as planned simply became untenable.”

This year’s race had promised to be among the most challenging editions yet, including the climbs of Buttertubs and Grinton Moor which featured in the 2014 Tour de France, as well as the famous cobbled climb of Shibden Wall near Halifax.

The decision to postpone the race leaves it with an uncertain future.

Welcome To Yorkshire is in the final year of its contract with ASO to stage the race, and the troubled tourism body’s chief executive James Mason warned in December the event faced a “pivotal” year as he conducted a review of all operations following the resignation of his forerunner Sir Gary Verity last year.

For now, Welcome To Yorkshire said it would focus on helping businesses affected by the decision to postpone the race.

“This early decision gives us the opportunity to focus our efforts on how we can support businesses at this time and continue to promote the region as a destination to visit going forward,” it said.

Confirmation that Paris-Roubaix and Liege-Bastogne-Liege are both off means cycling has now lost four of its five Monuments for 2020 with Milan-San Remo (March 21) and the Tour of Flanders (April 5) having already been cancelled.

The other Monument, the Giro di Lombardia, comes at the end of the season and is scheduled for October 20.