Tom Brady announces his departure from the New England Patriots 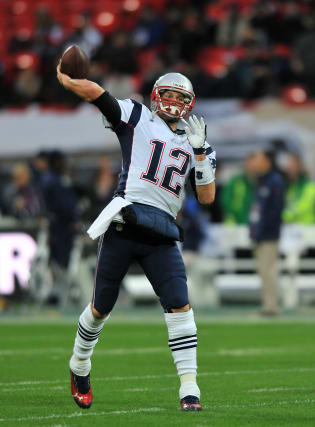 Tom Brady has announced his departure from the New England Patriots after a glittering 20-year spell in which he won a record six Super Bowls.

Brady was among the first players drafted by then new Patriots head coach Bill Belichick when he was selected a lowly 199th out of the University of Michigan two decades ago, and together the two men forged a dynasty in New England to break numerous NFL records.

His latest contract with the team expired this off-season, leading to much speculation about his next move, and though his future is unclear he announced on Tuesday it will not be in New England.

In a lengthy statement posted in two parts on social media, Brady said: “To all my team-mates, coaches, executives and staff, Coach Belichick, RKK and the Kraft family and the entire organisation, I want to say thank you for the past twenty years of my life and the daily commitment to winning and creating a winning culture built on great values…

“Pats Nation will always be a part of me. I don’t know what my football future holds but it is time for me to open a new stage for my life and career.”

Following Brady’s announcement, Belichick issued a statement in which he called him the “greatest quarterback of all time”.

“Tom was not just a player who bought into our program,” Belichick said. “He was one of its original creators. Tom lived and perpetuated our culture. On a daily basis, he was a tone setter and a bar raiser.

Patriots owner Robert Kraft also paid tribute to Brady’s achievements as he revealed his regret that the quarterback would not play on in New England.

“I love Tom like a son and I always will,” Kraft said. “He has brought so much happiness to me personally and to all of our fans.

“I had hoped this day would never come, but rather that Tom would end his remarkable career in a Patriots uniform after yet another Super Bowl championship.

“Unfortunately, the two sides were unable to reach an agreement to allow that dream to become a reality. While sad today, the overwhelming feeling I have is appreciation for his countless contributions to our team and community.”

NFL teams were able to speak to free agents from Monday and can begin signing them from Wednesday.

Speculation continues to link Brady with the Tampa Bay Buccaneers and the Los Angeles Chargers in his native California.

Brady is second all-time in regular season passing yards and touchdowns, trailing New Orleans’ Drew Brees in both categories, but holds the NFL records when regular-season and post-season statistics are combined.

Brady’s exit leaves New England with two quarterbacks on the roster, their 2019 fourth-round selection Jarrett Stidham, and the 26-year-old Cody Kessler, who has played in a combined 17 NFL games for the Cleveland Browns and Jacksonville Jaguars.