Timeline of sport’s response to coronavirus on Tuesday, March 17 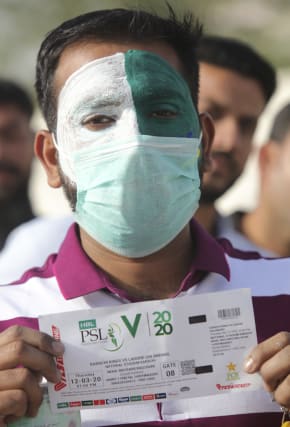 The coronavirus pandemic continued to affect the world of sport on Tuesday.

Here, the PA news agency recaps the day’s main developments as they unfolded.

3.45am – UFC president Dana White announced they had postponed their next three events – on March 21, March 28 and April 11 – after President Donald Trump said the US government would be taking further measures to curb the spread of Covid-19, including restricting gatherings to just 10 people.

7.30am – The Pakistan Super League was postponed ahead of Tuesday’s two semi-finals. The matches between Multan Sultans and Peshawar Zalmi, and Karachi Kings against Lahore Qalandars, will be rescheduled.  English players Moeen Ali, Ravi Bopara and Chris Jordan were among those expected to be involved in Lahore on Tuesday.

9.30am – Liverpool announced that the final Hillsborough memorial service, which was due to take place at Anfield on April 15, had been postponed. It was announced in February that the families of the 96 supporters who died 31 years ago had decided to hold a last service after former police match commander David Duckenfield was cleared of gross negligence manslaughter following a retrial in November.

9.33am – The first three Diamond League athletics meetings of the season- in Qatar (April 17) and China (May 9 and 16) – were suspended. The Wanda Diamond League said it hopes to be able to stage the planned meeting in Shanghai on August 13.