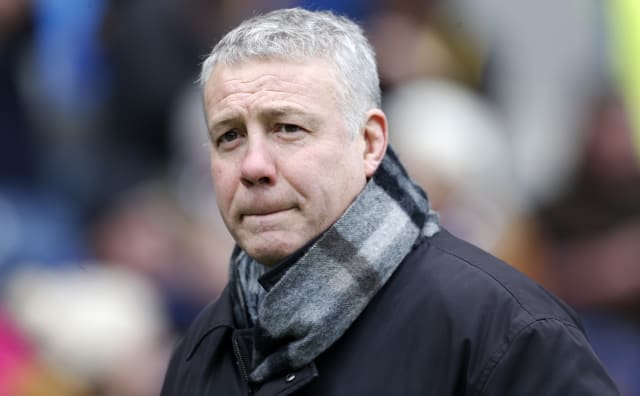 Scott Hastings still beams with pride 30 years on from Scotland’s last Grand Slam triumph – yet the former Dark Blues star admits the lingering regret it has never been matched is hard to shake.

March 17 marks three decades since Ian McGeechan’s team claimed the Scots’ third – and to date last – championship clean sweep with a famous 13-7 victory over England at a packed-out Murrayfield.

But those were heady days for a nation now used to seeing their team scrapping it out with Italy year after year to avoid the wooden spoon.

The professional era has increased standards and, for a painful spell after the turn of the millennium, the Scots found themselves in danger of being left behind.

But Hastings still believes the players who came after that joyful day in 1990 should have achieved more.

He told the PA news agency: “Somebody posted a video of the highlights on Twitter earlier this morning and I admit, I came over all sentimental.

“There’s a bit of me that’s a bit sad that it’s 30 years since the Grand Slam and Scotland haven’t been able to match that since.

“Yeah the guys of ’99 did win the last Five Nations title but even when I was playing we had a couple of opportunities to do the clean sweep and fell short.

“Momentum is vital in a competition like the Five or Six Nations. Scotland just haven’t been able to build that momentum up for such a long time. I hate to say it but the last time Scotland won three games on the trot in the championship was when I was still playing back in ’96.

“These are hard titles to win and, while there’s a bit of sadness it hasn’t been repeated, I’m also full of pride because we worked bloody hard as a group to get the wins we did.”

The images of 1990 are scorched into Scottish rugby folklore.

From captain David Sole’s iconic march onto the field to Tony Stanger’s dart to the line for the winning try, they form part of an engrossing story.

And Hastings’ own memories have barely faded.

“It was an extraordinary day,” said the centre, who would go on to represent his country 65 times. “It was full of emotion, passion, nerves and even fear. There was angst, motivation and excitement.

“We just put all that into the blender and the result was an incredible 80 minutes.

“That team basically came together from ’86, so it took a few seasons to mould. In 1989, nine of us were on the Lions tour with Ian McGeechan the coach. I realised that we were better and even more committed than the other home union players.

“We had that good cop-bad cop with the coaches, Geech and Jim Telfer, but it all merged together at the right time.

“During that championship, we followed England by playing the team they had just thrashed in the previous game.

“They were playing the better rugby but it meant we were facing teams desperate to avoid back-to-back defeats.

“That obviously made our task a lot harder, hence the low scoring games we had.

“It all boiled down to that famous afternoon on March 17. It’s a bit surreal looking back on it now 30 years ago.

“I remember switching on GrandStand on the morning of the game and they had pictures of the terracing full a good couple of hours before the game. We all suddenly thought, ‘Oh my goodness’.

“I can remember the journey on the bus to Murrayfield, then diving into the sanctuary of the changing room. We only came out for a photograph and that was it. We didn’t even have a warm-up.

“We were a pressure-cooker in that changing room. We did well to keep a lid on things.

“I think the famous Sole walk helped with that. He led that team on the pitch and it was all about keeping calm heads.

“I remember England hammering our line for the last few minutes and us scrapping for every inch of turf. But we kept our cool throughout. It was a masterstroke from Soley.”