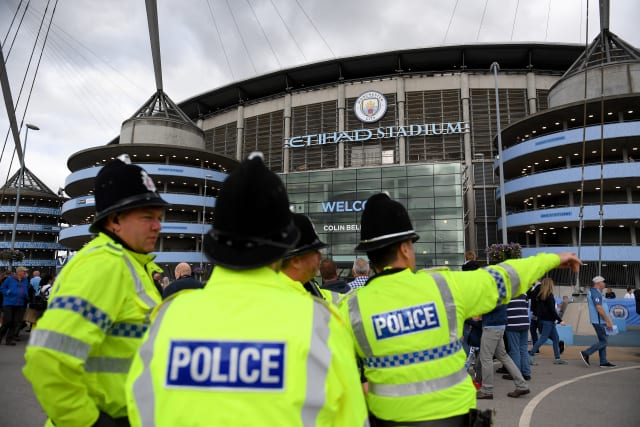 The Premier League encounter was marred by the alleged racist abuse that was visible during the broadcast of the second half of City’s 2-1 defeat at the Etihad Stadium.

GMP arrested Anthony Burke in connection with the incident and have now charged the 41-year-old, who will appear in front of magistrates on April 15.

A statement read: “A man has been charged for racist behaviour at the Manchester City v Manchester United Match.

“He will appear at Salford and Manchester Magistrates Court on Wednesday 15 April 2020.

“At around 6.55pm on Saturday 7 December 2019 police were called to a report of a supporter making alleged racist gestures and sounds towards players during the Manchester derby at the Etihad Stadium.”