On This Day in 2007: ‘Fredalo’ disrupts England’s World Cup campaign 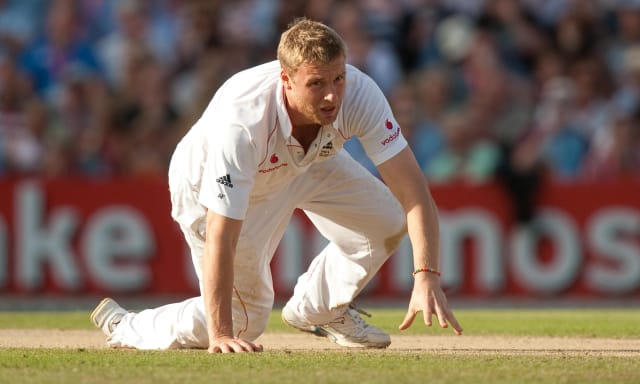 Andrew Flintoff quite literally made a splash at the Cricket World Cup ahead of England’s group game against Canada on March 18, 2007.

The all-rounder, then 29, was famously involved in a drunken escapade with a pedalo that cost him the England vice-captaincy.

Here, 13 years on, the PA news agency looks at the bizarre events in St Lucia dubbed “Fredalo”, and how Flintoff rebuilt his reputation both on and off the field.

England had lost their opening game of the tournament to New Zealand and Flintoff decided to drown his sorrows, little more than 24 hours before the second match against Canada. Reports suggested Flintoff, along with some other players and coaches from the England squad, embarked on a drinking spree lasting several hours.

So how does the pedalo come in?

Flintoff revealed in an interview years later that he was “hammered” as he headed back to the hotel at 1.30am – and his walk home took him partially across the beach. He decided to reach someone he knew on one of the boats sat just out to sea. Flintoff said he could not swim and that would be “dangerous”, and thought of getting a kayak before spotting the pedalo.

Who was he trying to see?

Flintoff was trying to paddle his way to one of England’s cricket greats, Sir Ian Botham, who was working at the World Cup as a television pundit. “It sounds bizarre,” Flintoff said in that 2014 interview. “But I knew Ian Botham was on one (boat out to sea) and I thought: ‘I’m going to have a nightcap with Beefy.’ So Flintoff dragged the pedalo into the water, but fell off before being helped back to safety by hotel staff.

Flintoff woke up “still wet and with sand between my toes” and England coach Duncan Fletcher was soon in his room and on the warpath. Having been warned and disciplined for previous misdemeanours, Flintoff was summoned to a press conference to apologise for his behaviour. He lost the vice-captaincy, and was fined and suspended for the Canada match. Flintoff returned for the next game, but both he and England had a poor tournament and captain Michael Vaughan said the pedalo antics had hurt team morale.

Restoration on and off the pitch

Flintoff, the 2005 Ashes hero, was at rock bottom after the 5-0 defeat in Australia (the tour he disastrously led with Vaughan injured) a few months earlier and the pedalo incident in the Caribbean. He struggled with injuries in the years that followed, but enjoyed one final hurrah to help England regain the Ashes in 2009. Post-cricket, Flintoff was in demand from companies to advertise their brands and became a media personality. He has been a team captain on long-running TV sports panel show A League of Their Own and a host of popular motoring magazine Top Gear.