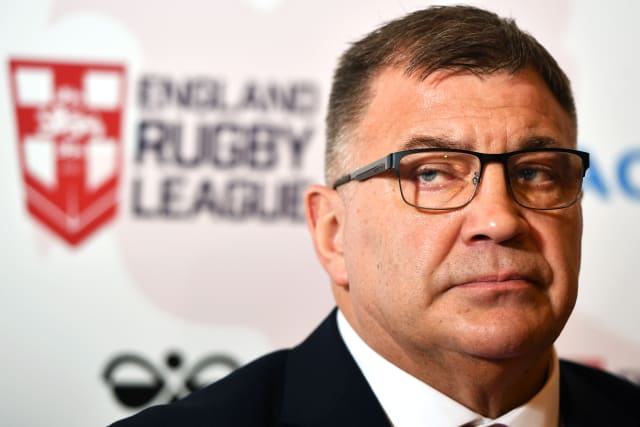 The former Wigan boss, who succeeded veteran Australian Wayne Bennett as head coach in February, had selected a 31-strong group of players to meet at Old Trafford next Monday.

Wane was keen to outline his plans for the end-of-year Ashes series against Australia to his players but will now have to wait at least a fortnight.

The Rugby Football League, in conjunction with Super League after taking Government advice on mass gatherings, decided on Monday to postpone all fixtures up to April 3 and has also cancelled this weekend’s scheduled get-together of the England wheelchair squad in Sheffield.

The RFL says the meetings will be “rearranged as soon as possible, consistent with Government advice”.

Meanwhile,  the governing body updated Betfred Championship and League 1 clubs on the crisis via a conference call.

Chief executive Ralph Rimmer said: “Public health and concern for the most vulnerable is everyone’s priority.

“It was important that we exchanged information and allowed the clubs to discuss their position as soon as possible following the confirmation that the season will be suspended.

“This will have a significant impact on clubs at all levels, as on all businesses, in all sectors.

“It is important for us as a governing body to be able to represent those clubs, given what a powerful force for good they are in our communities.

“It was a positive meeting at which all agreed on the importance of a collegiate approach, both for the Championship and League 1 clubs and the game as a whole – focusing on three key areas of player welfare, club sustainability, and the integrity of the competitions.

“We will maintain regular dialogue with the clubs, as well as with Government, broadcasters and sponsors, over the period of our initial suspension until the weekend of 3 April, as we work together and look forward to the resumption of games.”