Key questions about the rescheduling of the European Championships 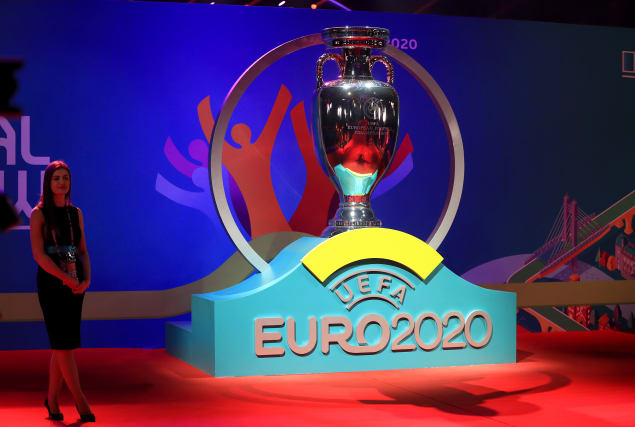 Euro 2020 has been postponed for 12 months following the outbreak of coronavirus.

The decision to hold the tournament in 2021 was made at a UEFA executive committee meeting on Tuesday.

Here, the PA news agency answers some of the questions surrounding the situation.

Coronaviruses are a large family of viruses that cause illnesses ranging from the common cold to more severe diseases such as Severe Acute Respiratory Syndrome (Sars). The strain that has recently emerged has not been previously identified in humans. The respiratory disease it causes has been named Covid-19 by the World Health Organisation.

How has Coronavirus affected football?

The outbreak of the virus has seen a widespread suspension of leagues around the world as countries try to contain the spread. All of the major European leagues – the Premier League, Laliga, Bundesliga, Serie A, Ligue 1 and Eredivisie – have provisional resumption dates of early April, though it is actually expected to be much later.

When was Euro 2020 supposed to be taking place?

The 32-team European Championships were due to be taking place between 12 June and 12 July in countries all across the continent. Matches were due to be played in London, Baku, Munich, Rome, Saint Petersburg, Amsterdam, Bilbao, Bucharest, Budapest, Copenhagen, Dublin and Glasgow.

Why has it been postponed?

Given the current situation in Europe, with many countries in lockdown, UEFA say “the health of all those involved in the games is the priority as well as to avoid placing any unnecessary pressure on national public services involved in staging matches”. Putting the tournament back 12 months also allows time for the 2019-20 domestic competitions across Europe, and this season’s Champions League and Europa League, to be completed.

When will it be played now?

What about the play-offs for the tournament?

The play-offs, which will see the final four teams qualify for the tournament, were due to be played in the international break set for next week. All UEFA games have now been postponed until further notice, so these games are provisionally due to be played in June, should the situation have eased.

Will the UEFA Women’s Euro 2021 be postponed as well?

The women’s European Championships were due to be held in England in the summer of 2021, starting four days before the men’s final will now take place. It looks entirely possible that it could be moved to the summer of 2022, but UEFA say a final decision will be taken on this and all of its other competitions in due course, including the Nations League, Under-21 European Championships, the Champions League and Europa League.

How did the meeting work?

The meeting was held via video conference, chaired at UEFA headquarters in Nyon, Switzerland. There were three different meetings, one with clubs and leagues, another with national associations and then an executive committee meeting.

What are the implications of the postponement?

UEFA say that moving the tournament “comes at a huge cost” and there are many factors to consider. The governing body is offering a full refund on all ticket purchases, new agreements will have to be made with the stadiums involved in hosting while commercial deals are also likely to be reviewed.

A “working group” has been set up by UEFA to help the leagues across Europe come up with practical solutions to help them finish their domestic campaign. The individual leagues will now meet to discuss the permutations and possibilities on how to do that. However, with the situation across the continent changing on a daily basis, it may well be several weeks until we know what will happen.