French Open to start in September due to coronavirus pandemic 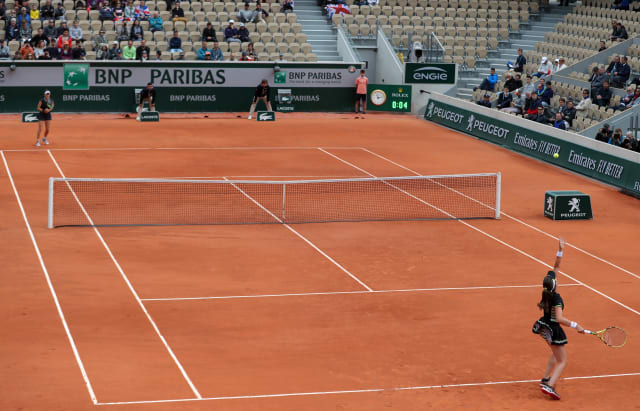 The French Open will move from its scheduled spring slot to September because of the coronavirus pandemic.

The year’s second tennis grand slam was due to begin on May 24 but will now run from September 20 to October 4.

An FFT statement read: “The whole world is affected by the public health crisis connected with Covid-19.

“In order to ensure the health and safety of everyone involved in organising the tournament, the French Tennis Federation has made the decision to hold the 2020 edition of Roland Garros from September 20 to October 4, 2020.

“The containment measures in force make it impossible to prepare and therefore organise it on the dates initially planned.

“In fact, to preserve the health of its employees, service providers and suppliers in a responsible manner during the preparation period, the FFT has decided to adopt the only scenario which will reconcile the organisation of the tournament in 2020 and the fight against Covid-19.”

A roof has been installed over Roland Garros’ centre court, Philippe Chatrier,
with floodlights on the three other main courts, enabling play to go on later and therefore making the autumn dates possible.

With regular tournaments suspended until the end of April, it was looking increasingly unlikely that the French Open would be able to be staged as planned.

The news means the tournament is due to begin a week after the end of the US Open, presenting a challenge for players to reacclimatise to clay and a different time zone at short notice.

It will also require a reorganisation of the ATP and WTA seasons, with major women’s tournaments in Tokyo and Wuhan due to take place during that fortnight.

Bernard Giudicelli, the president of the FFT, said: “We have made a difficult yet brave decision in this unprecedented situation, which has evolved greatly since last weekend.

“We are acting responsibly, and must work together in the fight to ensure everybody’s health and safety.”

Any tickets already purchased for the French Open will either be refunded or exchanged for the new dates.

Meanwhile, former Roland Garros and current Wimbledon champion Simona Halep has announced she is donating money to buy medical equipment in her home country of Romania to help manage the crisis.