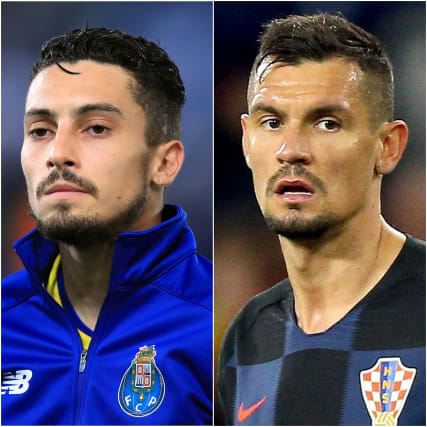 Porto’s Alex Telles could be on his way to Chelsea after the north Londoners reportedly made ‘initial contact’ with his Portuguese club. The Sun cites A Bola as saying the Blues are willing to pay £36million for the Brazil left-back. Chelsea manager Frank Lampard wants to sign Leicester’s England international Ben Chilwell at left-back this summer but will settle for 27-year-old Telles in a deal A Bola describes as ‘inevitable’.

Liverpool defender Dejan Lovren has attracted interest from Tottenham and Arsenal, according to the Daily Mirror which cites Sky Sports. The Croatian appears to have fallen out of favour at Anfield, with the Reds likely to offload the centre-back for a fee in the summer rather than lose him for free when his contract runs out at the end of next season.

However, Lovren is not the only Liverpool player potentially on the chopping block. The Daily Mirror says forward Divock Origi leads a list of five other players who could soon be leaving Anfield. The Belgian only signed a new contract in the summer but has failed to regularly crack the starting XI since. Forward Xherdan Shaqiri, midfielder Naby Keita, goalkeeper Loris Karius and former England defender Nathaniel Clyne round out the paper’s list of players who could soon exit the club.

Leighton Baines: The 35-year-old defender wants to remain at Everton for another year, according to The Athletic.

Lorenzo Pellegrini: The Roma and Italy defender is attracting attention from both Everton and Inter Milan, Italian website Calciomercato says.