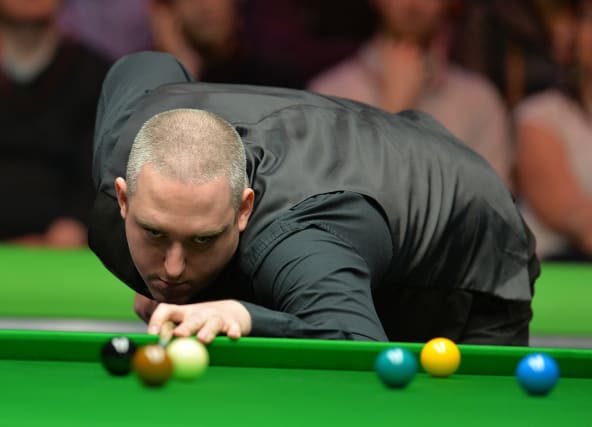 As the sporting world initially reacted to the spread of the coronavirus, playing matches without fans became more commonplace.

But how would sport function without referees? That was the case at snooker’s Gibraltar Open last week and it added to the “surreal” situation experienced by Leeds professional David Grace and his fellow competitors.

“When we went the only thing that was in place was that it was going to be limited to 100 spectators and it’s not normally that well attended anyway,” Grace told the PA news agency.

“We thought it would probably be as normal, but as the days went on it was developing so fast it just went bonkers.

“I flew out on Wednesday and played my first match on Friday. There were still a few people in the venue on Friday and then by Saturday it was behind closed doors and you saw those scenes when players were refereeing their own matches.”

One clip posted on social media showed Liang Wenbo fail to get out of a snooker and then become embroiled in a lengthy discussion with opponent James Cahill.

It took around seven minutes before an agreement appeared to be reached, the balls were replaced and Wenbo escaped the snooker at the second attempt.

“I think they were debating the scoreboard rather than whether it was a miss or not,” Grace added. “They were recounting a break or something, he hadn’t put enough on the scoreboard.

“I was okay on the days I played (with referees) and I think it was only a handful of matches because they were low on refs anyway and then some of the refs got ill during the tournament.

“Playing on the Challenge Tour last year we had to referee our own matches. It’s a little bit odd, but you do it every day in practice so it’s second nature. It does feel odd doing it in a tournament but it’s not completely alien.”

Grace, who lost to Wenbo in the semi-finals of the UK Championship in 2015, went on to reach the quarter-finals in Gibraltar before his run was ended by three-time world champion Mark Williams – with both players heeding advice not to shake hands before and after the match.

“We were doing all sorts,” Grace added. “They said we could either foot bump, elbow bump or just get on with it. I went to do something with Williams and he just waved me away.

“As the week developed it was a relief to get on the table and I really enjoyed just playing because it took a bit of the pressure off. It normally means the world, but then you just wanted to play and enjoy it.

“It was just worry of the unknown because there were all sorts of rumours going around that they were going to close the border to Spain and a lot of people had flights home from Malaga.

“Then people were wondering if all the flights from Gibraltar are going to be cancelled and we’re all going to get stuck there.

“I’d booked to come back to Manchester on Sunday but having got through to the quarters I ended up missing that and the only one back on Monday was to Gatwick, so I flew into Gatwick, got the train to Manchester to get my car and then back home.”

After a long day of travel on Monday, Grace allowed himself the luxury of a day off practice at the Northern Snooker Centre, where he also works part-time, but will be keeping his game in shape ahead of the qualifiers for the World Championship.

The sport’s showpiece event is due to take place from April 18 to May 4 but is in serious jeopardy with its famous venue, Sheffield’s Crucible Theatre, closing until April 5 amid the coronavirus outbreak.

“It’s a worry for anyone that’s self employed,” Grace added. “It’s going to affect so many people in a lot of ways but we just have to take it a day at a time and snooker will return at some point. We just don’t know when.”

Minutes after our interview concluded, World Snooker announced that the Tour Championship in Llandudno had been postponed a matter of hours before it was due to start.

But in answering an earlier question about whether the tournament should go ahead behind closed doors, Grace offered some food for thought.

“Is anyone really at any greater risk in an arena with two cameramen and a referee than we are going out to the shop?

“I don’t know, so if we can provide a bit of TV time and something that people can still enjoy on telly then I say go for it.”