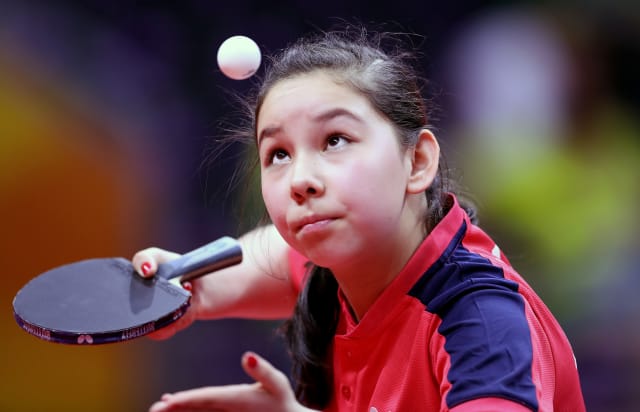 Table tennis prodigy Anna Hursey has been unable to return to her Chinese training base because of the coronavirus outbreak.

The Welsh teenager – who rose to prominence in 2018 when she competed at the Commonwealth Games at the age of just 11 – moved to China last year to train full-time alongside top-quality players.

She lives and trains in the city of Harbin in Heilongjiang province with her mother and father Laurence, an Englishman.

But Hursey returned to Europe to compete in several tournaments, including the Welsh National Championships, and now is waiting to discover when she can return to China.

“The plan was to go back to China in early-April,” Laurence told the PA news agency .

“But what’s gone on, and the way it’s happened so quickly, we’re here and don’t know when we’ll be able to go back to China.”

Hursey made headlines at the 2018 Commonwealth Games on the Gold Coast in Australia.

At the age of 11, she became Wales’ youngest ever senior international in any sport.

Hursey, currently ranked number one in Wales for Under-15s and second for seniors, has based herself in Peterborough as she waits on her return to China.

“We decided she needed to be playing all the time, so she’s joined a club in Peterborough,” Laurence said.

“It’s a good club and she can play there six, seven, eight hours a day and train against some excellent players.

“The plan now is to stay there until it all calms down – if it does calm down.

“It was the right decision to move to China. She loves it out there and her game has really improved.

“She’s playing against the top players and that’s the best way her game can improve.”

Hursey’s upcoming schedule includes International Table Tennis Federations events in Thailand and China, while the European Youth Championship are due to be held in Croatia in July.