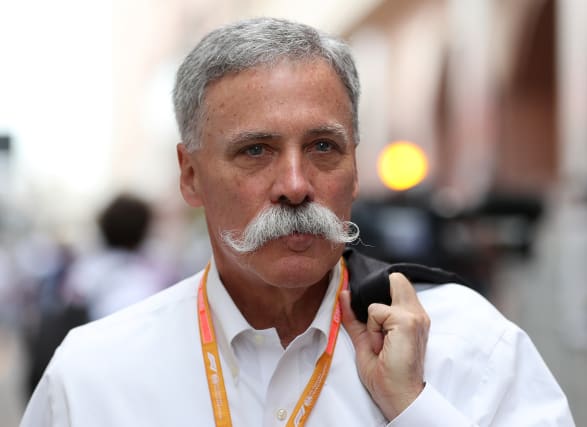 Formula One boss Chase Carey has issued a public apology for the last-minute cancellation of the Australian Grand Prix.

The opening round of the new season was officially called off just 90 minutes before the first practice session was due to take place.

F1, and its governing body the FIA, were criticised for failing to communicate the status of the race after thousands of fans arrived at the Albert Park venue on Friday morning. The following races in Bahrain, Vietnam and China have been postponed.

“First and foremost, our priority is the health and safety of the fans, teams, and organisations of Formula One, as well as wider society,” said Carey in an open letter published on Tuesday.

“We apologise to those fans affected by the cancellation in Australia, as well as the postponement of the other races to date.

“These decisions are being made by Formula One, the FIA, and our local promoters in rapidly changing and evolving circumstances, but we believe they are the right and necessary ones.”

The Dutch and Spanish Grands Prix, scheduled to take place across the opening two weekends of May, will be called off, with official confirmation expected this week.

The Monaco Grand Prix is set for May 24, but a start date of June 7 in Azerbaijan is seen as the sport’s most realistic option.

“We recognise everyone wants to know what comes next for Formula One in 2020,” added Carey. “We cannot provide specific answers today given the fluidity of the situation.

“However, we plan to get the 2020 championship season underway as soon as it’s safe to do so. We are engaging with experts and officials on a daily basis as we evaluate how we go forward in the next few months.”

On Monday, it was confirmed that a second member of the sport’s travelling circus – a worker for tyre manufacturer Pirelli – was diagnosed with coronavirus in Melbourne.