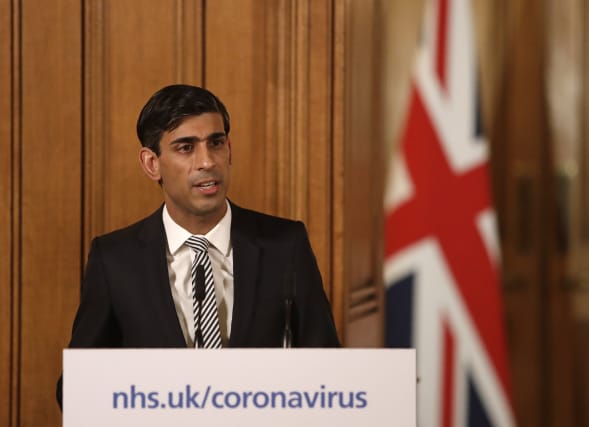 Football clubs who lose income from the suspension of matches due to coronavirus will be eligible for government support, according to chancellor Rishi Sunak.

All league football in England has been suspended until April 3, while in Scotland matches have been stopped indefinitely due to the pandemic.

On Tuesday, non-league Barnet put all non-playing staff on notice of redundancy, as Sunak unveiled a £330billion package to help businesses amid the coronavirus outbreak.

Conservative MP Rehman Chishti warned that many clubs such as those in Leagues One and Two are reliant on the income they receive from matchdays.

Addressing Sunak, Chishti said: “A specific point for the chancellor that’s been raised with me by the chairman of Gillingham Football Club, division one football club, and also covering division two.

“A lot of those matches for those clubs are postponed. They rely on matchday income to support them. Can the Chancellor just say what will be done to work with those smaller football clubs and organisations to ensure that their HMRC payments are dealt with adequately and are given soft loans over a certain period of time to ensure they can get through these challenging, difficult circumstances?”

Sunak responded: “I can tell (Chishti) that his football club, like many others, will be eligible for the business rates relief measures and grants that I’ve announced today.

“With regard to HMRC, we activated time to pay last week, there are now 2,000 specific, dedicated HMRC officers ready to take the calls of businesses like Gillingham Football Club to provide exactly what he suggested, a deferral for their tax payments and an agreed schedule to pay them back.”