Carlos Sainz remains in self-isolation despite testing negative for coronavirus 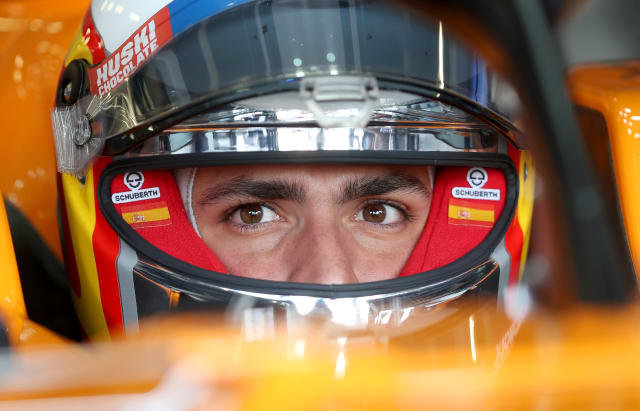 McLaren driver Carlos Sainz will remain in self-isolation despite testing negative for the coronavirus after returning from the cancelled Australian Grand Prix.

The opening race of the new Formula One season was called off after a member of Sainz’s team tested positive for Covid-19.

The individual is recovering, while 14 of his colleagues remain in self-isolation at the team’s Melbourne hotel.

Sainz, who described himself as being “negative in Covid-19” but “positive in attitude”, is now back at home in Madrid.

He posted on Twitter: “After what happened in Australia, I needed to do the COVID-19 test and I am very happy because the results are negative.

“In reality it won’t change much, because I will continue in quarantine. #Stayathome”

The 25-year-old had earlier posted a video, saying: “At the moment I feel perfectly fine, but as you are aware that doesn’t necessarily mean that I am not infected or that I can’t develop the symptoms going forward.

“It’s been a busy few days trying to organise my life since then. Obviously, I’m a bit bored.

“But at the same time I am trying to do some sport, I’m trying to keep myself busy and do the kind of things that I would never do because of so much travelling.”

“I’m sure we’re going to leave this quarantine as soon as possible, and as soon as we are done we will get back to business and go back racing.”