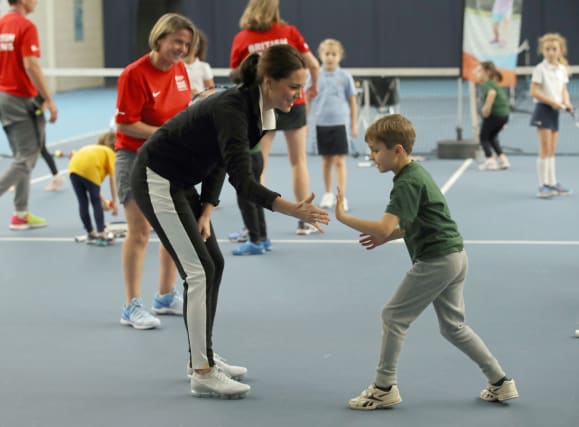 British players training during the coronavirus outbreak are unable to use the National Tennis Centre until at least Monday.

The Roehampton site is a popular training base for a number of Britain’s leading players, including Andy Murray, with indoor and outdoor courts and a gym among its facilities.

But the Lawn Tennis Association, which is also based at the centre, announced on Monday evening that all activity delivered by the governing body is suspended until next week.

That includes the NTC, meaning players hoping to keep in shape will need to find alternative facilities.

A statement from the LTA read: “The LTA remains in communication with the Government and is assessing the implications of its latest announcement for tennis in Britain over the coming weeks.

“While this assessment is being undertaken, there will be an immediate suspension of activity delivered by the LTA for an initial period up until Monday, March 23.

“This will include all LTA organised training sessions, training courses and LTA staged and LTA approved competitions. All those involved in tennis in Britain are advised to follow the latest Government advice.”

Professional tennis has been suspended until late April at the earliest.

The International Tennis Federation, which runs the lowest levels of the game, has called off all tournaments until April 20, the ATP until April 27 and the WTA until May 2.

The first big event that could take place is the Madrid Open beginning on May 2. The year’s second grand slam, the French Open, is due to start on May 24.