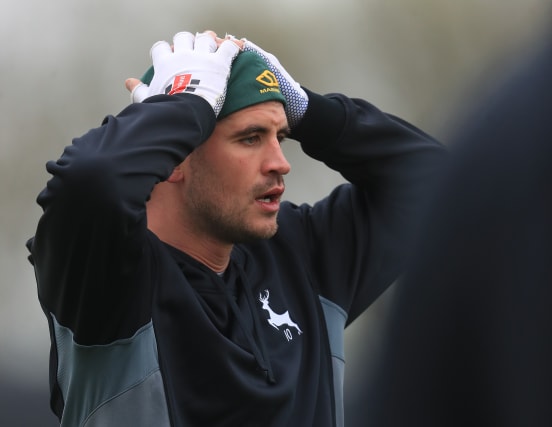 England batsman Alex Hales has revealed he is in self-isolation after developing coronavirus symptoms.

Hales is awaiting a test to confirm whether he has the virus.

Meanwhile snooker’s Coral Tour Championship has been postponed along with the first three Diamond League athletics meetings of the season as coronavirus continues to decimate the worldwide sporting calendar.

The World Snooker Tour had been hopeful the event, which was due to start in Llandudno on Tuesday, could take place behind closed doors.

The other two events could be rescheduled for after the Diamond League Final in Zurich in September, “should the global situation allow”.

European football’s governing body are discussing plans for the rest of the season.

One of the key decisions to be taken by UEFA will be whether to postpone Euro 2020 until the summer of 2021, with the intention of allowing 2019-20 competitions that have been suspended to be completed.

A number of national associations contacted by the PA news agency which are due to host matches this summer are understood to be ready to do all they can to assist, if the consensus is that the tournament be postponed.

Meetings were due to begin on Tuesday morning and an announcement on any decision is not expected until mid to late afternoon.

In cricket the Pakistan Super League has announced the Twenty20 competition has been postponed, on the day the semi-finals were due to take place.

The matches between Multan Sultans and Peshawar Zalmi, and Karachi Kings against Lahore Qalandars, will be rescheduled.

A number of English players, including Hales, Tom Banton and James Vince, would likely have been involved in the semi-finals but they had already left the country due to the pandemic.

Moeen Ali, Ravi Bopara and Chris Jordan were among those expected to feature in Lahore on Tuesday. The final was scheduled to be played on Wednesday.

The final Hillsborough memorial service, which was due to take place at Anfield on April 15, has been postponed.

Margaret Aspinall, chair of the Hillsborough Families Support Group, said: “In light of recent events, a decision was made collectively by the families to postpone our final memorial service at Anfield.

“We wish to keep as many people safe as possible and we believe this is the right approach. We hope to provide an update in the near future on a rescheduled date for the service.”