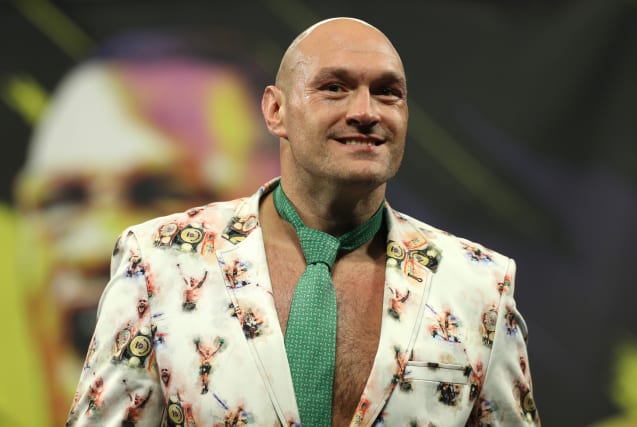 Tyson Fury’s promoters have distanced themselves from a unification world heavyweight title fight with Anthony Joshua.

Fury produced a stunning performance to defeat Deontay Wilder inside seven rounds in February to claim the WBC title in Las Vegas – 14 months after a controversial draw with the American.

There has been much clamour for a huge domestic clash between Fury and Joshua, but the former’s promoters, MTK Global, Top Rank and Queensberry Promotions, released a statement on Monday evening stating that he is contracted to a third fight with Wilder.

The statement read: “Due to the publication of a number of misleading and misrepresentative statements and articles made by third parties relating to Tyson Fury, the following statement is made jointly by MTK Global, Top Rank and Queensberry Promotions.

“Tyson Fury is the globally recognised number one heavyweight in the world and the current Lineal, WBC and Ring Magazine champion. Tyson is contracted to a third fight with former WBC world champion Deontay Wilder.

“Any statement made regarding negotiations, talks, venues or any other bout should be disregarded.

“Any updates regarding future fights will only be made through official channels, and we will continue to deliver boxing fans the biggest and best fights involving ‘The Gypsy King’.”

Pulev was set to face the Londoner in October 2017 in Cardiff but pulled out less than two weeks before the bout due to a pectoral injury, with Joshua defeating replacement Carlos Takam by TKO in 10 rounds.