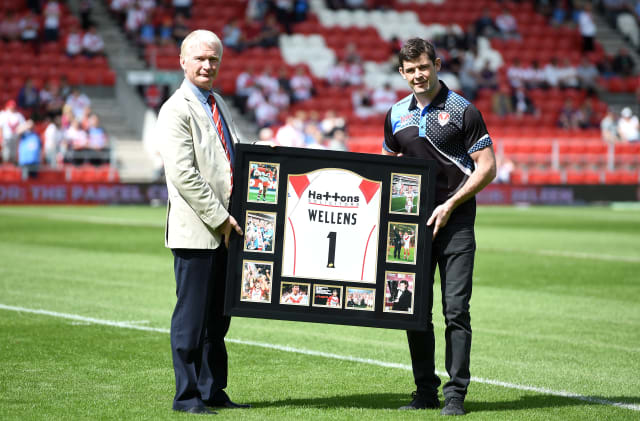 St Helens chairman Eamonn McManus is calling on the Rugby Football League to implement a rescue plan as clubs prepare for a suspension of the season.

Representatives of all 12 Super League clubs – either in person or via a conference call – were discussing the next step for rugby league in the wake of the coronavirus pandemic which has caused a virtual shut-down of other sport in the country and the world.

Matches in Super League and the Challenge Cup went ahead at the weekend – with the exception of Leeds’ trip to Catalans Dragons – after the RFL decided to follow guidelines set by the Government.

McManus expects that to change on Monday and believes the implications for rugby league could be severe.

“We can’t hide away from this,” McManus told the PA news agency as he arrived for the meeting at Huddersfield’s John Smith’s Stadium.

“If we are looking at a scenario where we’re playing behind closed doors or not playing at all for a period of time, then the financial implications for the clubs and the game are considerable to put it mildly so we’ve got to work on an action plan which is basically a rescue plan.

“In terms of whether we continue or not, I think the Government may well take it out of our hands anyhow in terms of action on mass gatherings.

“But I think – as a game – we really have to hit this on the head now. I think we’re the last man standing now in terms of sport.

Last Saturday’s game in Perpignan, postponed when Leeds opted not to travel over medical concerns, was due to be played behind closed doors following a French Government ban of mass gatherings but McManus does not now believe that is an option for Super League.

Toronto have effectively shut down their operation after four players displayed signs of the virus and Catalans captain Remi Casty has said he will not fly to England for Sunday’s game against Wigan.

McManus said: “I very much doubt it we’ll play matches behind closed doors.

“Player welfare is as important as anybody’s welfare – having players together and playing against each other with body contact when we’re talking about two weeks of social distancing is a bit of contradiction in terms, so I think that is impractical.”