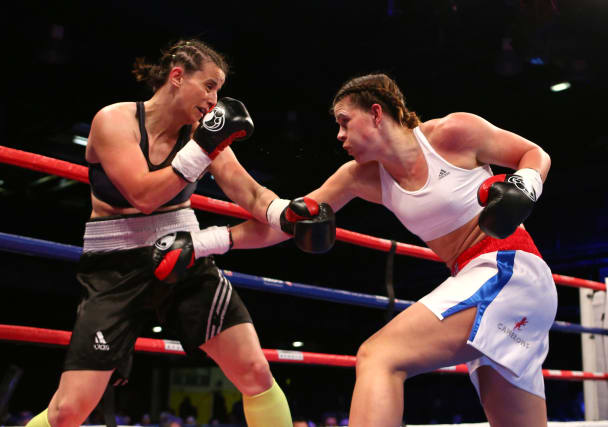 Savannah Marshall is determined to keep a sense of perspective over the coronavirus crisis as she admits her world title fight in Newcastle next month is highly unlikely to go ahead.

Marshall’s promoters Matchroom continue to maintain that until directed otherwise by government advice, all their fight cards are due to continue as scheduled.

But with a ban on mass gatherings reportedly imminent, Marshall is having to come to terms with the likelihood of a significant financial loss and a delay in her career-long quest to become world champion.

Marshall, who is due to challenge New Zealand’s Geovana Peres on April 4, told the PA news agency: “I’m three weeks out and I’m training as if it’s going to be on but realistically I don’t think it’s going to happen.

“The bottom line is health is more important. Although I’d be absolutely gutted because I’ve trained for weeks and weeks for this fight, it doesn’t compare with the possibility of losing people whom I love.”

Marshall fears a sustained shutdown of sport in this country could have a devastating effect on the careers of small-hall and undercard fighters, who are effectively self-employed and often have no other income.

During her time on the GB Boxing squad, Marshall was used to receiving monthly funding and considerable other assistance, and is only now emerging from a difficult start to her professional career.

“For the first 18 months as a pro I didn’t earn a penny and I was living off the funds I’d accumulated from GB,” added Marshall.

“I’m only now starting to get sponsors and big fights and starting to earn money, but it’s not the sort of money where I can have six months out of the ring and be financially secure.

“If this fight is of I will lose a lot of money that I’ve spent on the camp, which I was hoping to get back through my fight pay.

“But the bottom line is health is the most important thing and we have just got to do what is right.”