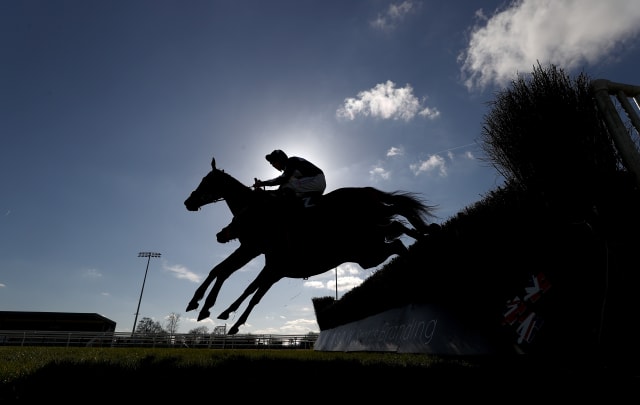 Racing will go behind closed doors at all meetings in Britain from Tuesday, initially until the end of March, because of the coronavirus outbreak, the British Horseracing Authority has announced.

The fixtures at Wetherby and Taunton will be the first in England to be staged without paying members of the public – a move that had been anticipated following a statement on Sunday evening.

A statement on Monday read: “Racing industry leaders have confirmed a plan to continue racing behind closed doors from tomorrow.

“Any fixtures that take place in England, Wales and Scotland, initially until the end of March, will take place without spectators and with restrictions on the number of attendees.

English Football League chairman Rick Parry has called for “cool heads and calm reflection” as he refused to speculate on how or if the 2019-20 season will be completed.

Last Friday, the EFL put its competitions on hold until April 3 at the earliest. Since then there has been plenty of conjecture about what will unfold over the next few weeks and months with regard to its leagues.

But the EFL said in a statement on Monday morning it would be “inappropriate to respond to the many hypothetical solutions being suggested” ahead of a meeting on Wednesday for a further update.

Parry said: “These are indeed challenging times for the league, its clubs and the game as a whole.

“However, now is the time for cool heads and calm reflection, rather than speculation as we look to steer our competitions and clubs through this period of uncertainty.”

League Two Cambridge announced their entire first-team playing and coaching staff will be in self-isolation for the next week after one squad member recently came into contact with someone who tested positive for coronavirus. No one in the first-team has shown any symptoms of the virus, but the club have opted to take conservative action.

Officials from rugby union and rugby league were meeting on Monday to consider their options as the Covid-19 outbreak continued to decimate the sporting landscape.

Germany’s Football League (DFL) has announced a suspension of the Bundesliga and Bundesliga.2 until April 3, but warned it was likely to last longer than that with a review to be undertaken on March 30.

Germany was the last of Europe’s major leagues to announce a suspension of play due to coronavirus.

League chief executive Christian Seifert said: “All of the clubs should look at extreme scenarios with regard to economic performance. Nobody can say when games can take place again.”

Officials from the Gallagher Premiership clubs are expected to pre-empt government advice and postpone the season until further notice.

Super League clubs due to meet in Huddersfield on Monday were already considering their options before news broke late on Sunday evening that Toronto Wolfpack had suspended training and stood down their entire UK-based staff after four players experienced symptoms of coronavirus.

The Canadian club’s action means that their fixture against Wakefield next weekend will almost certainly be postponed and is set to signal a potential shutdown of the league.

A statement from the club read: “We train in an environment where we interact with students and members of the public and we vehemently do not want to act as a possible vector for Covid-19 which is why we have taken this immediate action.

The WTA has announced the suspension of its tour until May 2, with the clay events in Stuttgart, Istanbul and Prague postponed.

“Since this situation started to develop some weeks ago, the IOC has been constantly updating its stakeholders on the latest developments,” the IOC said in a statement to www.insidethegames.biz.

“The calls are part of this regular information sharing process.”

The remainder of the Boxing Road to Tokyo Olympic qualifying event at the Copper Box Arena in London will take place behind closed doors due to “the changing situation with coronavirus and concerns for public, athlete and volunteer welfare,” the IOC Boxing Task Force said.

Cricket South Africa has announced the immediate cancellation of all forms of cricket for the next 60 days after the country’s president Cyril Ramaphosa declared a national state of disaster.

Ireland’s tour of Zimbabwe comprising of three T20s and as many ODIs next month has been postponed, while Pakistan announced the third leg of Bangladesh’s visit, featuring one Test and one ODI, will be put back to a later date.

New Zealand Cricket has confirmed the cancellation of the last two rounds of its domestic first-class competition after advice from medical experts, with leaders Wellington Firebirds declared 2019-20 Plunket Shield winners.