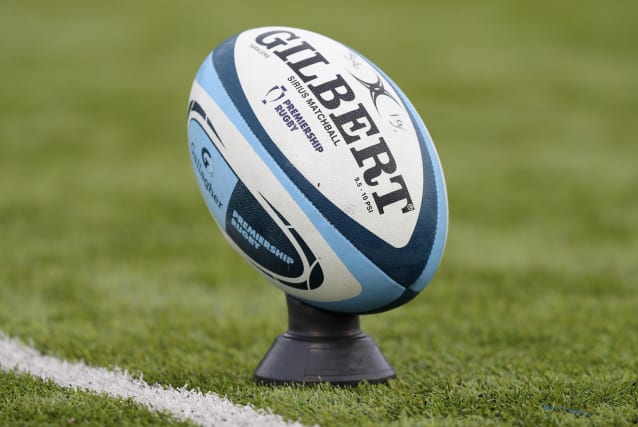 Rugby union and league both suspended their respective seasons as organised sport in the UK effectively shut down because of the coronavirus crisis.

Premiership Rugby postponed all its fixtures for five weeks as the Rugby Football Union called a halt to “all rugby activity in England”, while the Betfred Super League has been suspended for at least the next fortnight.

Prime Minister Boris Johnson on Monday advised against mass gatherings, confirming they would no longer be supported by emergency services.

A host of other sports also called a halt to their competitions, with the Football Association postponing “all grassroots football in England…for the foreseeable future” and the National League following the Premier League and English Football League in suspending its campaign.

Premiership Rugby has been suspended until April 24-26, meaning four rounds of fixtures have been affected.

A statement said: “The safety of our fans and staff is our first priority, and we would like to wish all of those who are affected our heartfelt best wishes and a very speedy recovery.”

The organisation added it was working with broadcast partner BT Sport to “create exclusive rugby content in the coming weeks”.

The Rugby Football Union said “all rugby activity in England, at both professional and community level, including club training” had been suspended until April 14.

The Heineken Champions Cup and Challenge Cup quarter-finals, which were due to take place from April 3-5, have also been postponed.

Super League executive chairman Robert Elstone said rugby league had bowed to the inevitable, with the Championship, League One, Women’s Super League and community games all also called off.

The Rugby Football League made the announcement in conjunction with Super League following a six-hour meeting of clubs in Huddersfield.

Elstone told reporters: “Super League clearly recognise the gravity of the situation. We’re very mindful of our responsibility to our community, to our fans and to our players and the way the decision felt inevitable.

“Now is a period of time where we look closely at the implications and our options. It’s a very fluid process, where it’s going to change certainly day to day if not more frequently.

Football’s National League has suspended matches until at least April 3.

The FA, Premier League, English Football League and Barclays FA Women’s Super League and FA Women’s Championship had agreed to postpone professional matches on Friday, but the National League decided to continue with its fixtures over the weekend.

The organisation said in a statement: “At its board meeting on Friday, the National League decided to use its best endeavours to keep its season going in the face of unprecedented adversity.

“However, with the current coronavirus (Covid-19) reaching global pandemic levels it has to accept that the situation is now out of its own control.

“In the knowledge of the Government measures now announced including not to support sporting events with emergency services workers it is clearly not practical for its fixtures to be fulfilled in the immediate future.”

EFL chairman Rick Parry called for “cool heads and calm reflection” as he refused to speculate on how or if the 2019-20 season will be completed.

Parry said: “These are indeed challenging times for the league, its clubs and the game as a whole.

“However, now is the time for cool heads and calm reflection, rather than speculation as we look to steer our competitions and clubs through this period of uncertainty.”

Angus Kinnear, the chief executive of Championship leaders Leeds, echoed Parry’s sentiments, added on the club website: “From what we’ve heard over the past few days, there is a ground swell of opinion that the right thing to do is complete the leagues.”

The Scottish Professional Football League has postponed all fixtures until advised otherwise by the Scottish Football Association and Government.

Racing will go behind closed doors at all meetings in Britain from Tuesday, initially until the end of March. The fixtures at Wetherby and Taunton will be the first in England to be staged without paying members of the public.

The Boat Race, scheduled for March 29, has been cancelled, as has the Olympic boxing qualifier in London.

Women’s tennis has been suspended until May 2, with the WTA announcing the clay events in Stuttgart, Istanbul and Prague have been postponed, while England Hockey confirmed all its nationally-run hockey activity has been put on hold until “until at least April 15”.

British Gymnastics have cancelled all national events until the end of June, including the Gymnastics World Cup, the Artistic British Championships and a further 10 national events, while British Eventing has called off all events with immediate effect.

Thursday’s Premier League darts event in Newcastle has been postponed until October 1.

In snooker, this week’s Coral Tour Championship will go ahead in Llandudno, but the event will be staged behind closed doors.

In the United States, Major League Baseball announced the start of the 2020 season would be delayed for eight weeks, while the NFL said draft player selection process would go ahead on April 23-25, but next month’s public draft events in Las Vegas would not take place.