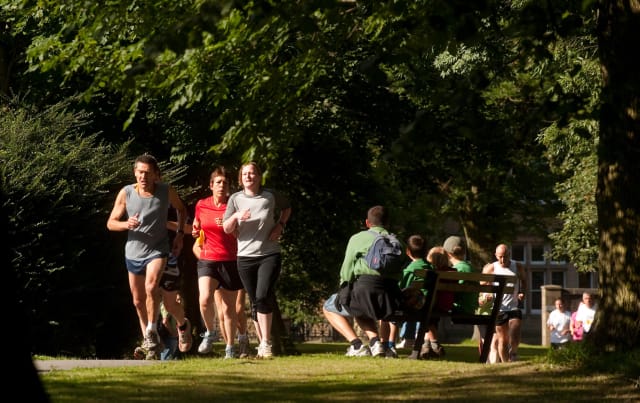 The coronavirus outbreak may have led to the cancellation of numerous sporting events last weekend but recreational runners do not seem to have been deterred.

Statistics recorded by Parkrun – organisers of the popular series of free, weekly, timed runs that now take place in parks across 22 countries – suggest the British public were as keen to get out and run as they usually are.

A total of 139,873 runners passed through the end-of-run scanners at 678 Parkrun events on Saturday.

That was a decrease of 32,654 on the 172,527 of the previous week but higher than three of the five weekly totals from February, when bad weather hit attendance. Indeed the figure recorded for February 15, as Storm Dennis battered Britain, was 119,102.

Parkrun did not want to comment on the figures but they are considered pretty normal for the time of year and weather.

Indeed, the figure from Saturday also compares favourably to the equivalent weekend last year, when 118,890 ran on March 16, 2019.

There were 35 event cancellations, mostly due to the state of the course after recent weather and floods or a lack of available volunteers. Some were affected by the Covid-19 outbreak and cancelled locally but Parkrun UK has not yet recommended closures, in line with Government advice.

That situation could change and the matter will continue to be discussed this week with a possible update by Wednesday.

Parkrun’s global chief operating officer Tom Williams said: “We will therefore be spending the early part of this week consulting with public health experts and speaking directly with national-level senior public health leaders, and we will then make our own decisions as to where our events should close and where they should stay open.

“Importantly, as has been our commitment from the start, we will close our events wherever official public health guidance recommends or requires.”

Parkrun has already been cancelled in 15 countries until the end of March. The UK is one of seven, along with Eswatini, Namibia, New Zealand, Russia and South Africa, where events have kept running.