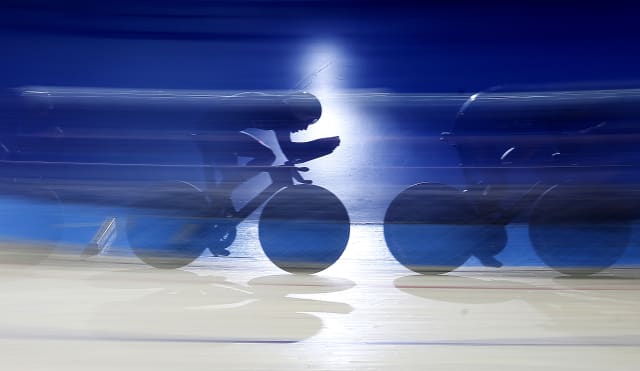 As Great Britain struggle to maintain recent dominance in the velodrome ahead of the Tokyo Olympics, they find themselves working against two British coaches who have fled the nest.

Britain have won gold in the men’s team sprint and men’s team pursuit at every Games since Beijing 2008, but now see a Dutch squad coached by Mehdi Kordi dominating the sprints and a Danish team aided by Dan Bigham smashing world records in the pursuit.

Ex-GB rider Bigham’s tale is a familiar one following the exploits of his Huub-Wattbike trade team – who have won British titles and World Cup golds in recent years – but back at the very start, Kordi was working with what was Team KGF.

That was during a near-seven year spell with British Cycling but, not finding the national set-up as receptive to his ideas, Kordi – a physiologist with a Phd focused on sprinting – left in January 2019 and joined the Dutch federation, even though it means spending two out of every three weeks away from his young family in Manchester.

The Dutch were already the reigning team sprint world champions when he arrived, but Kordi has helped them raise the bar significantly as they broke the world record twice to win the 2020 title in a time of 41.225, over a second faster than Britain’s silver medal ride.

“I’m just building on the foundations,” Kordi told the PA news agency. “When I came it was quite basic which was a good thing because you could build on it.

“We’ve come up with an individual approach for each person, more event-specific, breaking down each task to get the right training for everyone.”

Britain made progress in Berlin too with a national record of 42.294, but finding a full second between now and the Games is a tall order.

“These aren’t all my ideas,” Kordi added. “I’ve formed them with KGF and Huub-Wattbike, with British Cycling and with the English Institute of Sport during my Phd. A lot of my work British Cycling have access to but whether they’ve tried to apply it or not, I’ve no idea.”

Bigham has never worked as a coach for British Cycling, but rode for his country at both the World Championships and Commonwealth Games in 2018.

However, he quickly became frustrated with a system unresponsive to his ideas.

Instead, having built up close friendships with Danes while racing, Bigham signed on to work with them from November last year on a contract until the Games.

While Britain – including his old Huub-Wattbike team-mate Charlie Tanfield – were labouring to seventh place in the team pursuit in Berlin, Bigham was celebrating as Denmark broke the world record three times in two days to take gold in a stunning time of 3:44.672.

“They are so progressive,” Bigham says of his new employers. “I guess it’s like Huub-Wattbike, they’re just keen to do anything that may make them quicker, whether it’s completely ripping apart a skinsuit and starting afresh or totally changing strategy.

“I really like that blank slate, you can achieve some good stuff.”

The innovator tag was once worn proudly by British Cycling, but the exits of Bigham and Kordi suggest radical thinkers are struggling to be heard right now – a criticism performance director Stephen Park admits may be valid.

“There’s some people who, for various reasons, it was probably a good thing they decided to move on,” he said. “Equally there are some other people who had some great ideas and maybe weren’t given enough time.

“There are only so many roles so naturally some have to go. What we hope is they go and flourish and learn and then hopefully come back into the fold.”

That is certainly not something either Kordi or Bigham would rule out.

“The key for me would be, is the culture there?” Bigham said of British Cycling.

“They got the results in Beijing and London when they embraced change. Right now they are a bit stagnated but if the culture changed I’d be pretty keen to get involved. Who wouldn’t want to make their home nation go quicker?”